NATIONAL SCIENCE DAY | COMMEMORATING THE GREAT C.V. RAMAN – We Are The Writers
Skip to content

It has been truly acknowledged that one idea, one invention can change the world forever. For years we have wondered whether Science is a boon or bane accounting to its merits and demerits but is there anyone among us who can live without the inventions that Science has gifted us with. Ranging from fans, AC, bulbs, phones, laptops, and refrigerator, to plenty other essentials which we utilize in our daily lives is a reflection of how far we have come in terms of Technology and Science.

National Science Day is celebrated to give a huge tribute to Sir C.V. Raman and his discovery of ‘Raman Effect’. It is celebrated to encourage the implementation of new scientific concepts and technologies for the development of science, while giving an opportunity to the people who are scientific minded and inclined towards becoming a scientist.

Mr. Chandrasekhar Venkata Raman was a famous Indian Physicist known for his great scientific career and his redeeming contribution to Optics and Acoustics. He was also awarded the Nobel Prize in Physics for the discovery of Raman effect in 1930. Raman effect or Raman Scattering is a phenomenon in which, when light traverses a transparent material, some of the light that is deflected changes in wavelength. He has a significant role in the celebration of National Science Day and National Science Day Activities.

Themes Throughout The Years

The theme for the National Science Day is changed every year adhering to the need of hour and its implications. This particular theme chosen for this year revolves around the motive of raising public appreciation and encouragement for the scientific issues involved and the impacts of science on education, skill and work.

Future of STI: Impacts on Education, Skills, and Work.

Science for the People and People for the Science.

Science and Technology for a Sustainable Future.

National Science Day is widely acknowledged and celebrated all across India. It’s majorly celebrated in educational, academic and research institutions. In Schools and Colleges, massive number of students and teachers show up to honor the renowned Sir C.V. Raman and the discoveries made throughout the human history.

National Science Day: Why is it celebrated

The main objective of National Science Day is to honor the contribution of Science, Inventions, and Scientists in the advancement of the world and its technology. It is an occasion to encourage and acknowledge the outstanding efforts in the area of science and technology while developing a scientific culture among the masses. It is celebrated to:

In this section, we will read on the various national science day activities. Educational and technical institutions organize all kinds of activities to commemorate the contribution of science and its inventions. These activities are pretty important as it regulates the science culture in schools and colleges and through the help of National science day activities, awareness and importance of the National Science Day is conveyed to the students and teachers.

Science Fairs and Exhibitions at School and College

Schools and colleges organize such fairs and exhibitions to promote the participation of students in science related activities. Students are given projects and assignments to make science models related to different field to ignite the creative and scientific spark among them. For example: scattering of light in mediums, potato experiments, etc.

Quizzes based on science subjects, inventions and scientists are conducted among students to promote their knowledge regarding the technology field. Students are rewarded as per their efficiency and knowledge and hence, they are always excited to participate in such quiz activities.

Most schools and colleges organise essay and article writing competitions where they have to write about their favorite scientists or inventions in descriptive language to win the competition.

Nowadays, a lot of educational institutions organize recreational tours to National Museum of the respected city for the students to teach them properly and visually about the area of sciences and its advancement. Planetariums are thoroughly enjoyed by the students as its visually appealing and interesting along with the informational audio which plays in the background for educational purpose.

Screening of science movie and documentaries are organised at Schools and Colleges which are informative and educational in nature. Tech and Sci-fi movies are the new favorites of today’s youth which develops an interest in science among them.

The aim and objective of all these events is to engage students with a variety of scientific concepts in a fun and interesting way.

Now in this section, we will read about the famous national science day quotes. Here are some famous and remarkable list of quotes from renowned Scientists and Physicists. By celebrating National Science Day, we are showing respect and dignity to Sir CV Raman and his wonderful discoveries along with thousands of scientists we’re extremely grateful for. 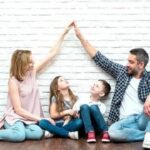 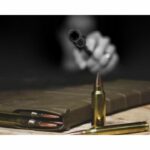 Urban Terrorism, The Destroyer of Cities! 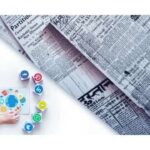 Traditional Media to Social Media, How the Times Have Changed 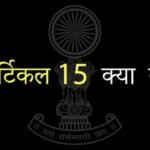