RAMADAN: A MONTH OF POSITIVITY – We Are The Writers
Skip to content

RAMADAN: A MONTH OF POSITIVITY 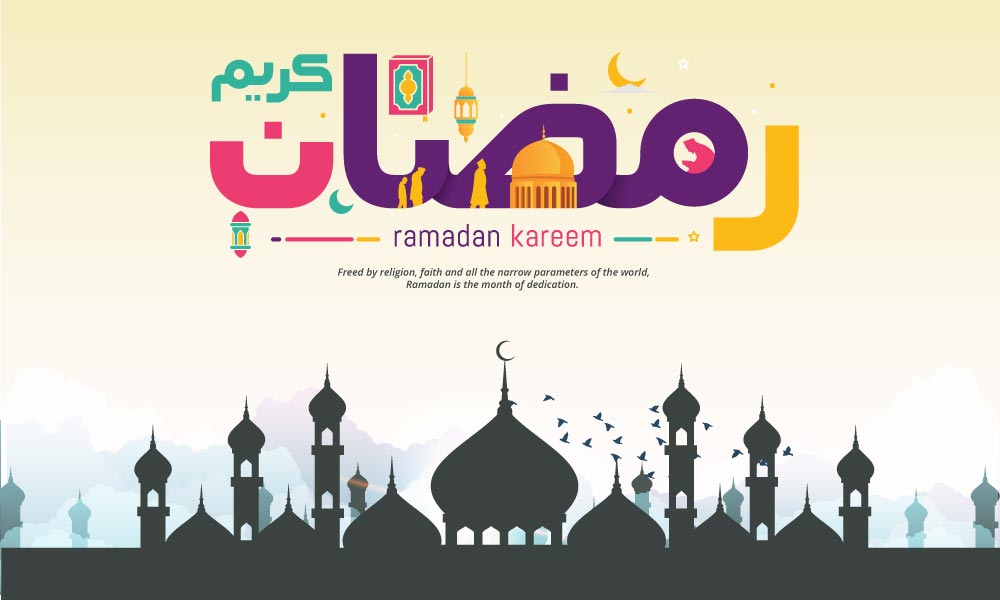 Freed by religion, faith and all the narrow parameters of the world, Ramadan is the month of dedication. Mohammedans, who observe the fasts all month long are known as ‘Rozedaars’. Particularly, it is not only about being hungry all day but rather about self-control and will power. The festival is observed by Mohammedans around the world to show devotion to their beliefs. But it is not refrained in religion but rather in positivity. The sunlit hours are for fasting, prayers, and the behavior of one as gentle and generous. Here is all about the RAMADAN: A MONTH OF POSITIVITY.

THE RULES AND THE RAMADAN

Ramadan is about many restrictions. Muslims put them through probing situations. Here, one is prohibited to have food or drink water. They cannot do things which may even help them to quench the thirst. It is astonishing to see how people not only observe the fast but also catch up with their routine in countries with soaring temperatures.

DEDICATION – RAMADAN: A MONTH OF POSITIVITY

The practice of eating early in the morning and then waiting for the Maghrib to end one’s thirst and hunger is difficult. The only drive possible to do such a task is the will power one possesses. It is advised on a fast to stay away from the sins which can harm the positive and pure state of mind. The observance of hunger and thirst accompanied by offering five times prayers a day for 30 days in a row develops responsible and disciplinary behavior in a person. (Source: History)

INTENTIONS OF THE OBSERVATION

The main purpose of the month is to make the people return to their spirituality and entail as one who can survive and understand the plight of the hapless. The month is also recorded as the month when it is advised to abstain from anger and sexual activity. Ramadan asks its followers to stay away from the unnecessary things and fulfill the purpose of the spiritual being rather than only concentrating on the physical being of oneself. (Source: National Geographic)

POSITIVITY – RAMADAN: A MONTH OF POSITIVITY

It is believed that during Ramadan’s month, the devils are chained, and the doors of the hell are shut. The doors of heaven are kept opened to determine that there is only positivity floating in the universe.

Shahadah, Namaz, Zakat, Roza and Hajj mark the five pillars of Islam. Out of which Ramadan is celebrated as the ninth month of the Islamic calendar to practice fasts (Roza) for 30 days. Ramadan is as significant as it is known as the most sacred month for the Muslims.

OBJECTIVE – RAMADAN: A MONTH OF POSITIVITY

The primary aim of the month is not hunger but rather to connect the soul from divinity. A fast is only completed when one controls from being carried away with worldly pleasures and lead a balanced day. The person who is observing fast is not allowed to eat, drink, use foul words, get angry and is also advised to be generous towards poor and needy. It is more about the intention which should be to behave as if one is standing near God. (Source: Aljazeera)

AND THE WORLD ABIDES BY RAMADAN

Around 1.6 billion Muslims around the globe, marks the advent of Ramadan once they have seen the crescent moon. They observe the fast all day from dawn to the sunset. The duration of which may extend even up to 17 hours. The Muslims go on to working on their daily schedules and are even found to be more disciplined and active during their fasts. It is believed that observing fasts sincerely and wholeheartedly may help one to be forgiven for all his sins.

THE WAY IT IS DONE

Muslims gather in the evening to break their fast at the time of sunset. It is advised to share the ‘Iftar’ with one’s neighbors, relatives and the needy. Mohammedans complete the recitation of the Holy Quran during the month. They meet at the mosques to complete it during the month at a special prayer also known as Tarawih.

Yet, Ramadan has been declared as a compulsory month to observe fasts for the Muslims, it has been exempted for the ones who are facing genuine obstacles in their way. Women on their menstruation cycle and pregnancy, children, people suffering from illness and travelers are un-entitled to the compulsion.

The Mohammedans who are unable to observe the fast are suggested to do the ‘aihtraam’ which means to resist eating or doing things which may arouse the ‘rozedaar’. Though one does not need to go out of their way to accommodate the rozedaars. As rozedaars pledge to accommodate and not to be accommodated with.

Zakat is one of the most important practices of Ramadan. It is a farz on Muslims which orders them to do charity based on the special provisions on the property they own. (Source: BBC)

CONCLUSION – RAMADAN: A MONTH OF POSITIVITY

Ramadan is a month when the Quran was let out by the Prophet Muhammad. The last Friday of the month observed as ‘Alvida’ bids farewell to the month, the most sacred of all the months in the Islamic calendar.

The end of the holy month is marked with a post-three-day festival, ‘Eid Ul Fitr’. Eid is celebrated with much warmth and zeal all around the world.

The significance of Ramadan relies on increasing the positivity and productivity of everyone who observes the fasts. It brings people closer to their spiritual self. Among many benefits of Ramadan and its religious glory, it is proudly sung by its observers. (Source: The Statesman)