This year, the month of January saw an impressive slew of mind blowing Netflix movie releases. What potentially looks like the year for best movies on Netflix, started off quite strong. Hence it also set the tone for all that is yet to come for the upcoming months. Ranging from dramas to rom-coms to thrillers, the line up for movies releasing in February 2021 on Netflix is already a good example.

While a good amount of these contents are original, some old contents are also making a comeback as well. Audiences can now expect to reminisce down the memory lane for this month with old favourites like Shutter Island, Eat Pray Love, Zathura and Inception. Also, as lockdown is still prevalent in many parts of the world, various studios continue to peruse the streaming platforms for their delayed movie releases. Instead of going out and endangering yourself in the pandemic, you can now avail your opportunity to watch the latest movies on Netflix too.

So with these many online movies, you can easily sit back reassured since it looks like there won’t be a dearth of them anytime soon.

For your ease, we have listed down all the new movies releasing in February 2021 on Netflix. You can mark down the dates and enjoy your upcoming movie marathon!

All My Friends Are Dead

A girl comes along with her friends to scatter her father’s ashes at the old family farm. But when they decide to celebrate New Year’s Eve party, strange things begin to happen at the campfire. This comedy crime drama follows the group of friends as they go through a whirlwind of events that expose secrets, break hearts, and leads to a shocking outcome. The movie is directed by Brandon Guiles and stars Natalie Schwartz, Kyle Blair and Bruce Falcon.

Space Sweepers Featuring a star-studded cast, this action-adventure drama would be the first Korean space opera to be ever released. The plot revolves around four misfits aboard the space junk collector named “The Victory” in the year 2092. The crew (Song Joong-ki, Kim Tae-ri, Jin Seon-kyu and Yoo Hae-jin) stumble upon a humanoid robot named Dorothy that is known to be a weapon of mass destruction and consequently, unearth explosive secrets along the way.

It will be directed by Jo Sung-hee which will mark this as his second time working with Song Joong-ki, after 2012 film “A Werewolf Boy”. This is one of the movies releasing in february 2021 on Netflix.

Based on real events, this Italian film tells the story of a determined man, Ciccio Paradiso, in the 1950s Italy. He leads a passionate free spirited life and dreams of rebellion, justice and a better life until a forbidden affair threatens everything. The casting includes Riccardo Scamarcio (of John Wick 2 fame), Gaia Bermani Amaral, Valentina Cervi and Antonio Gerardi and will be directed by Folco Quilici.

The Yin-Yang Master: Dream Of Eternity

The Yin-Yang Master: Dream Of Eternity set in a mystical fantasy world where humans and supernatural beings co-exist together, this Chinese movie is an adaptation of the Japanese novel series, Onmyouji, by Yumemakura Baku. It follows the story of the Ying Yang Masters, cosmologist Qing Ming and his friend Bo Ya, who he met whilst taking part in celestial rituals up in heaven. They crack baffling and bizarre cases together. But when a demonic serpent reawakens, the pair must solve the mystery and uncover a century-old secret to save humanity from dark powers at the royal court. It stars Mark Chao and Allen Deng in the lead roles.

In the wake of her estranged husband’s death, 70 years old Shoying finally learns of the affair he held in his absence with another woman, who stayed by him till his last breath. The family grapples with the news, while also dealing with the complicated mother-daughter relationships. In finding their closures, these women try to free themselves from the confines of traditional family values.

Malcolm & Marie is a Netflix original movie which is entirely shot in black-and-white. It is a collaboration between Sam Levinson and Zendaya, the creator and the lead actor of the award winning series, Euphoria, respectively. It features the titular characters, a director and his girlfriend as their relationship is tested on the night of his latest film’s premier. The evening takes a turn while they await the film’s critical response as revelations of their relationship surfaces. Zendaya plays Marie and John David Washington plays Malcolm. This is one of the movies releasing in february 2021 on Netflix.

This thriller is slated to be the first Swedish feature film on Netflix. Directed by Alain Darborg, it stars Anastasios Soulis and Nanna Blondell as an expecting couple who attempts to rekindle their relationship with a romantic camping trip in the snowy hills of Sweden. But when they arrive, the trip quickly goes awry. A red dot of a rifle appears on them with seemingly no reason. As the bullets start flying, the two are forced to flee into the unforgiving wilderness, trying their best to survive and solve the mystery behind this phantom red dot.

For a nice dose of good old rom-com, this Polish movie would be a perfect choice. It follows a well-known celebrity journalist and renowned womanizer as he starts to rethink his life choices after he falls for a model. But this mysterious woman leads a double life as a teacher. Doubts begin to arise as he tries to figure out which one of them is his true love. Squared Love movie stars Miroslaw Baka and Mateusz Banasiuk and it is directed by Filip Zylber.

To All The Boys: Always and Forever

Based on Jenny Han’s popular teen romance novel series, To All The Boys I’ve Loved Before, the first two movie adaptations has been a worldwide favourite. The third and final chapter in this trilogy is slated for a pre valentine release. It follows our heroine Lara Jean (Lana Condor) in her senior year as she prepares for the end of high school. After a class trip to New York and a family trip to South Korea, she considers her college plans and what her life would like – with and without her boyfriend, Peter (Noah Centino).

I Care A Lot

A shady legal guardian makes her living by swindling the elderly by disguising herself as a caring person. She drains the savings from her wards by deceiving judges appointing her as their “legal guardian”. But she lands into hot water and meets her match when a seemingly perfect client whom she tries to swindle turns out to have ties to a powerful gangster. I care a Lot is a black comedy is directed by J Blakeson and features Rosamund Pike, Peter Dinklage, Eiza Gonzalez, Chris Messina and Diane West.

Geez & Ann Indonesian romantic drama is based on the best-selling novel of the same name by Rintik Sedu. A sensitive and independent girl meets a mysterious dream boy at an alumni event. The first meeting was very memorable for the both of them but she yearns for the one thing everyone wants in a relationship: commitment and love. It is directed by Rizki Balki and the casting includes Junior Roberts, Hanggini Purinda and Roy Sungkono.

Call Me Crazy/ Crazy About Her

After spending a wild night together, Adri is desperate to see Carla again. But when he finds that she resides in a psychiatric centre, he realizes that the only way to see her again is by posing as a patient at the hospital. One of the comedies in this list of movies releasing in February 2021 on Netflix, this Spanish movie features Alvaro Cervantes, Susana Abaitua and Luis Zahera in the lead roles.

Caught by a Wave

Set in Sicily, this Italian drama portrays a summer fling between two teenagers under the summer sun that turns into a painful love story. As a result, they are forced to grow up faster than they ever expected. Caught by a Wave is written and directed by Massimiliano Carnaiti and features Olivier Paris, Vincenzo Amato and Donatella Finocchiaro.

The Girl On The Train

The Girl On The Train Starring Parineeti Chopra as the character in the title called Meera, this is the second Hindi language Indian movie to be released on Netflix this year after Tribhanga. It is based on the thriller novel of the same name by Paula Hawkins and revolves around a self destructive alcoholic divorcee. She becomes involved in the mysterious disappearance of a person who she frequently watches from her train. It is directed by Ribhu Dasgupta and also co stars Aditi Rao Hydari, Kirti Kulhari and Avinash Tiwary. This is one of the most awaited movies releasing in february 2021 on Netflix.

In addition to this list of movies releasing in February 2021 on Netflix, many old favourites are also returning. Below are some of those upcoming movies to watch out for the next month:

Unfortunately, along with these arrivals, many fan favourites are leaving the platform too like Easy A, GoodFellas and Saving Mr. Banks. Be sure to catch them on Netflix before their removal! 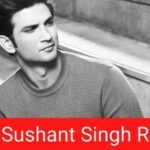 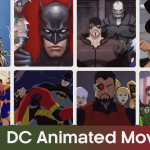