Thriller is a kind of genre that moves around suspense and anticipation. The main motto of the thriller is  to keep the audience in a very exciting and compelling mood. If you want to distract yourself from the real world and take a break, Thriller series are the best choices. There are a plethora of thriller series and movies to choose from. Thriller series revolves around a variety of circumstances.

It may involve an unknown person or family or even friends. The famous OTT platform Netflix has a library of thriller series. In this article, we are going to take you through the list of best thriller series on Netflix to watch this 2022. The following series made its name to the Best Thriller Series on Netflix 2020 for a lot of reasons, will keep you on the edge of your seat while watching.

Also Read: Best Netflix Originals only for you in 2022!

Undeniably, the most popular and the best thriller series on Netflix is Money Heist. It is also popularly known as La Casa de Papel. It is a Crime drama. Money heist has a total of five seasons.It is created by a Spanish writer and producer called Alex Pina.

Money Heist, as the name says it is a series which revolves around a robbery. A robbery that is planned by a mysterious man called Professor. He hires a group of eight people, and names them with the names of cities like Tokyo, Oslo and so on. They plan the robbery in an intricate manner and do it. The entire narration jumps from flashback stories to the real time events. The kind of screenplay is yet again a reason that makes the person hungry to watch more episodes. Hence it tops the list of Best Thriller Series on Netflix 2022.

When we talk about Best Thriller Series on Netflix 2022, we cannot miss on Who Killed Sara? It is a Mexican thriller series.  José Ignacio Valenzuela is the creator of this series. Perro Azul is the producer of this series. The title itself is the core question that drives the audience.

This series has three seasons. The series is about a man called  Alex Guzman who was sentenced to prison for murdering his sister. This is a crime that he did not commit. He nearly spent two decades in prison. After his release, he decided to take revenge of the person, who murdered his sister. This series is partly drama and partly mysterious, overall it is one of the Best Thrillers to watch on Netflix in 2022.

Narcos is yet again a show which is very famous on Netflix. Thus makes its way to the list of Best Thriller series on Netflix 2022. This masterpiece is created by Chris Brancato, Carlo Bernard, and Doug Miro.

The series is based on the story of “Drug Lord of Columbia” whose name is Pablo Escobar. He is also called the billionaire king of cocaine. The series is completely inspired by the real life events that happened in the life of the Drug Lord. This fact about the series makes it more interesting for the audience. The story revolves around conspiracy, crime, betrayal and punishment. All the four are needed for the perfect thriller series. Thus, Narcos makes it to the list of the Best Thriller Series on Netflix 2022.

There is absolutely no need to introduce this series. This is one of the best Netflix Thriller Series 2022. This is an award winning series. Bill Dubuque is the creator of this series.And it is co-created by Mark Williams.

It has four seasons. The story of this series revolves around a married couple. They relocated from Chicago to the Lake of the Ozarks with their kids. There the husband, who is a financial advisor, involves himself in a drug cartel. And the second character is his wife, who deals with the consequences of her husband’s desperate decision. The entire series is set on fire with the dramatic incidents by these two characters. These intensive dramatic incidents have the ability to keep their audiences on the edge of their seat. It is definitely one of the Best series of 2022 without any doubt.

This is a hit series without a doubt. This series originated from South Korea. This series has inspired millions of memes around the world. The costumes worn by the character in the series was also an explosive hit. Thus it is undoubtedly one of the Best Thriller Series on Netflix 2022. The series is created by Hwang Dong – hyuk.

The series depicts the class inequality that occurs in society. The story of this series basically revolves around people who are heavily debt ridden. They are from different age groups. The debted people will have to participate in six rounds of children’s games. If they win they will be rewarded a huge amount of money.

If they lose, the game will cost their life. The story and the screenplay appreciably depicted human greed. And it also portrayed the class discrimination in South Korea. All these revolve around the eight characters, who played the major roles. Hence, Squid game is one of the Best Thriller Series and  made its mark on Best Series on Netflix 2022.

The story of this thriller series is a true crime story. In 1970’s, A new team was formed by the FBI called the Behavioral Science Unit. This unit interviewed the serial killers who were convicted. The interview is done to understand the mind of the convicted criminals. Later, a unit of that interview was written in a book. The book is called Mindhunter: Inside the FBI’s Elite Serial Crime Unit. This book is written by John E. Douglas and Mark Olshaker, which was filmed as a series later.

This thriller series is based on a novel. The name of the novel is Sarah Pinborough, Behind Her Eyes .Which has been later filmed into a series. This particular thriller series has gained a dedicated fan following. It is not a show that everyone will love, that’s why there is a separate fan base for this series. One needs to watch this thriller series with patience. Initially you may regret the decision of starting to watch this series. But the later episodes will definitely keep you on the edge of your seat.

This series involves a married couple called Adele and David.  This series is based on a supernatural power called Astral Projection. Thus without needing any further explanation, it is a thriller series with an unexpected twist at the end. But one needs to be patient while watching the series initially. Thus it makes its way to one of the best thriller series on Netflix 2022.

Thriller is a genre that moves around suspense and anticipation. If you want to distract yourself from the real world and take a break, Thriller series are the best choices. There are a plethora of thriller movies and series to choose from. Some of the best thriller series on Netflix 2022 are Who killed Sara?, Money Heist, Narcos, Ozark and Squid Game.

Who killed Sara? is a series, which moves around the story of the innocent boy who is being prisoned for a crime that he did not commit. Later he is released from the prison and he avenges the actual guilty person. Money Heist is a thriller series that plays out how a robbery is done by a mastermind with his intricate planning. Narcos is a thriller series which plays out the real life incident of the “Drug Lord”  Pablo Escobar.

Ozark is a series which portrays the story of a couple involved in money laundering activity. Squid game being a thriller series that moves around people, who play games for money at the  cost of their life. Mindhunter being a thriller series inspired by a real crime story, will give you goosebumps while watching. And last, but definitely not the least Behind her eyes is a treat for thriller series lovers with its unexpected twist at the end.

So all the above thriller series takes its place in Best Thriller Series on Netflix 2022 for the stories, screenplay and character portrayal. Predominantly for the ability of these thriller series to keep people on the edge of their seat. 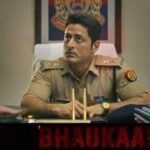 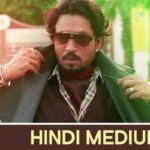