Wouldn’t it be wonderful if all the auto brands start developing environment-conscious cars? The idea isn’t new; it’s just that the vision is turning into reality now. And we have only one brand name the justifies the word iconic: BMW i8.

Though narrow, the i8 opened the doors for technology and sustainability at the same time. BMW i8 comes from a vision foreseen in 2009 that most car companies couldn’t even think to achieve. It is clear that the i8 is not just a car; it’s a symbol of a futuristic approach and peak innovation.

The i8 is the power package of sheer dedication and sustainability that outsmarts the present and preserves the future. We dedicate our blog to this magnificent car, the BMW i8 and the BMW i8 price factor.

A BRAND Of ITS OWN: BMWi

BMWi is a sub-brand of BMW that focuses on using sustainable resources to produce efficient electric vehicles. It is the way of giving back and cutting on the practices that impact the environment negatively. The visionaries foresaw the needs and revealed their concept car: Concept Vision EfficientDynamics.

The BMW i8 got showcased as a concept car at the 2009 International Motor Show, Germany. Around that time, BMW initiated the BMWi Concept for vision cars like BMW i3 as a whole different segment. The i8 was the second mass-produced car in the BMWi segment. Over the years, the BMW went through several changes to emerge as the “Future Classic.”

After its showcase as the concept car, the final i8 production concept got revealed at the 2011 Frankfurt Motor Show.

The i8, highlighted as a plug-in hybrid electric car, features an electric motor located in the front to power the front wheels and a turbocharged 1.5-litre 3-cylinder gasoline engine to power the rear wheels.

The key factors to notice in the i8 are the 7.2 kWh lithium-ion battery pack offering a range of 22miles and regenerative braking for all four wheels.

THE BMW i8 CONCEPT SPYDER

Keeping the i8 coupe at the core, the BMW i8 Concept Spyder comes with a shorter design and wheelbase with an open roof. While deemed impractical in the segment, the BMW i8 became the pioneer of innovation in the hybrid sports car segment.

THE BMW i8 COUPE PROTOTYPE

The concept car was the basis for the i8 Coupe Prototype. The i8 prototype comes with carbon-fibre-reinforced plastic making it stronger yet lighter. It also comes with an aerodynamic body and BMW eDrive technology with a performance level of a sports car.

With a brief overview of the BMW hybrid cars, you should check out the various models and focus on the i8 price for each category. While some debate that the BMW i8 price bracket offers limited options, we would let our readers decide their preferences and choices.

BMW i8 receives praises as a sci-fi/ futuristic car for the breakthrough and the productive revisions they made to realize the vision of tomorrow. The i8 has initial versions that went through some changes from 2014-2018. Additionally, BMW released BMW Coupé (2019) and Roadster series (2020) before halting its production in June 2020.

With its initial reveal in 2013, productions for the customer variant of the BMW i8 started in April 2014. You can find the design influences from the BMW M1 Hommage concept, a ground-breaking mid-range sports car design itself. As it turns out, BMW was setting up the course for i8 through concept car BMW M1 Hommage.

The most notable design of the BMW i8 is the wing-style or butterfly door design. Butterfly door is a premium luxury car feature that is available in almost all super-expensive cars. The exteriors also have Futuristic style, LED headlights, 20-inch light-alloy wheels, and so much more. The interior consists of leather sport seats, a digital panel, the iDrive control system, a navigation system, and a head-up display.

The i8 contains two electric motors powered by a 7.1-kWh lithium-ion battery and drives the front wheels. The rear wheels get power from a turbocharged 1.5-liter three-cylinder gas engine using a six-speed automatic transmission.

Between the few final years of the BMW i8 production, two versions got released in 2019 and 2020: The i8 Coupé and the i8 Roadster. The same core of BMW i8, when tweaked, gave more power and more design value to both the i8 models.

The i8 Roadster does not show off significant design changes, but you can see that the car now can seat only two people. Expect the same for the interiors. There are no significant changes, but you can see new colours added to the interior. The tech-specs for interiors include BMW iDrive 6.0, 8.8-inch touchscreen in the dash, Harman Kardon HiFi premium system, and a head-up display.

The power support is still the same. However, the i8 relies on the electric motor to drive more power while the three cylinders push as a support system. The i8 now comes with an 11.6-kWh lithium-ion battery unit, which increases the range at 18 miles.

The BMW i8 price for the Roadster variant starts at $164,295, but that is only fair given the high-class performance, premium feel, and driving experience.

There are no significant changes like the previous versions of the BMW i8, but we can expect a few tweak ups to drive more power and efficiency. The Coupé is the same old i8 but with changes over the years with a convertible version(the Roadster).

The Coupé has the same styling, but you will notice the availability of new colours. The interiors consist of a conventional sport steering wheel and multifunction display, with Giga interior trim colours in Ivory White leather. The tech specs of the coupe include BMW iDrive 6.0, Harman Kardon HiFi premium sound system with 12 speakers, and a head-up display.

Unlike the previous models, the new i8 offers a turbocharged 1.5-litre three-cylinder gas engine, two electric motors, and an 11.6-kWh battery pack. Though the pickup increased, the Coupé lags behind a second or two from the Roadster variant.

Each model of the i8 series is a masterpiece crafted by the innovators of tomorrow with all the standard features available like leather upholstery, a head-up display, heated front seats, a Harman Kardon surround sound system, and Apple CarPlay support. But if you prefer going out of the set limits, you can consider the World package that brings a variety of options for your i8.

The Giga world package is the starting point at $2,000, while the Pure Impulse World package is the most expensive at $10,800. The mid-point for the World Package is the Tera World package at $3,000, which includes BMWi blue seatbelts, LED headlights, cornering lights, and a choice of two different 20-inch wheels. The i8 also gets adorned with Tera leather and cloth accent interior, making it look more premium and stylish.

It is all up to you to elevate the overall look of your i8, given you are willing to shell out $2,000-$10,800 more apart from the standard BMW i8 price. Coming to the original price factor, we have to say it is pretty expensive given the competitors like Tesla, Mercedes, and other big players offer better specs at competitive prices. But should you ignore the world-class quality? No.

You can compare the other available options that fall under the same BMW i8 price category and then make a fair decision. The butterfly doors, BMW LED headlights, and the driver-centric dashboard makes it an eye-pleasing deal anyway.

WHERE CAN YOU BUY THE BMW i8

Uh-oh, there is one little problem out there for anyone looking for the i8 price and dealership. BMW halted the production of the iconic series(April 2014–June 11, 2020). However, the BMW i8 made history by selling 20,000+ cars worldwide, making it the most selling plug-in electric automobile.

THE BMW i8 VISION

A post shared by BMW i. Born Electric. (@bmwi)

The vision of the i8 was not to outsell or produce a large number of cars but to lay out the roadmap to future possibilities of energy-efficient vehicles. And the vision was a decade-long research process to bring out such a beauty for the world to see. Though having a halted production, the i8 sits on the BMW hall of fame as it represents the history of the future.

With the BMW i8, everything fits right. You can marvel at the build, the idea, the technical aspects, and the approach of the BMWi series. We can look forward to a future that merges well with the environment and gives a premium sports car experience as any car enthusiast would love. 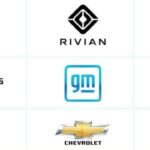 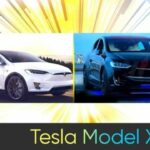 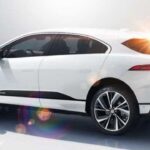 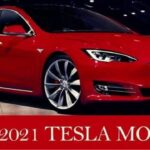