FEMINISM: THE REFERENCE YOU KNOW, THE TERM YOU DON’T

Feminism, Rather misunderstood than understood by most of the population.

Dare to say, “I believe in feminism.” There will pop a voice around you telling you that equality is a better choice. Ever heard of synonyms?

We live in a world that has been unfair among its inhabitants. We are as steep as types of animals and as shallow as what color one belongs to. All this world shares numerous bases on which discrimination has been done. Gender has always been one of them. Missing out on scanty exceptions, there always have been men who got the preference. From getting the voting rights to the leaders of a country, history aligns women down in the list.

Neither one nor in one- or two-digit numbers, there have been deals that put women in rather testifying conditions. It rather does to the masculine gender. From being a part of the society where the patriarchy prevails to roaming around the perilous and ghastly roads running around, surviving is no less than featuring in ‘Man vs Wild’ but without the crew and cameraman.

In all this scenario, Equality can be achieved by uplifting the women because it is they who have been suppressed so far. It is termed as ‘Feminism’ Uplifting everyone altogether will somehow create a position in the society where the privileged ones who face a lesser number of dangers every day will get a first and easy hand on it. This is how equality and equity are different from the latter one being more practical when it comes to application.

Feminism is about making women themselves so that no one else remains in the power to empower them. It is about equal rights and equal duties. Feminism does not talk of providing women with the basic rights but letting them have what is theirs. The ejection of obstacles in way of the fairer sex will be the feminism and will eventually lead to equality.

On the same hand, goes the fact that it is not only by the ones who compete against it but also by the ones who stand beside it. ‘Suppression of women’ is not ‘suppression by men’ in any means. Feminism does not talk of men and neither of mocking them. It is not about comparison with any other gender but the celebration of womanhood which has been denied for ages.

Gloria Stienem said that some of us are the men to marry. It is visible that how in awe of the rights by men, we left the rights and duties behind and by the individuality of them. Pseudo feminism dominates over feminism which talks about how women cannot do what men can do. However, the world is blessed to have two kinds of behavioural patterns among its human species which run different ways and hence can benefit things in various manners. Thence, women do not need to be told that something is to be done by them which the other gender is doing but preferably, every gender should have the right to choose.

Feminism is standing against discrimination either if it is against or in favour of women, identifying that if the favour is in the counter of the obstacles provided to women and finding our ways to a world where women rule and rule every other gender over themselves and the spirit is not feared.

BLOGGING STATISTICS 2021 | EMERGENCE OF THE INDUSTRY 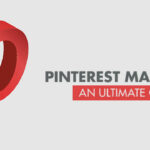