19th December 1961, was the day when Goa finally overthrew its Portuguese colonizers. They were known to have ruled the coastal state for more than 450 years. Since the year 1961, 19 December is recognized as Goa’s Liberation day. It marks the victory of Goa over its oppressors.

The state celebrates with a regional public holiday. The Indian armed forces who were fighting for the state at that time are also remembered on this day.

HISTORY And Why we Celebrate GOA’S LIBERATION DAY ?

The Portuguese conquered India in 1505. Under their territory, they took over around 1619 square miles, of which Goa was a large part. The conquered area, which was called ‘Portuguese India’, held a majority of Goa’s land as well the population dwelling there. This is one reason why Portuguese influence is so widely observed in Goan culture, traditions, lifestyle, and even food.

The famous voyager, Vasco De Gama, is known to have opened up a sea route which allowed the Portuguese to gain a monopoly over the Indian Ocean. According to this route, Goa would be the best harbor site and also an excellent defense base. This further invoked the interest of the Portuguese in the coastal state.

Interestingly, Goa was also the first state to be captured pan-India in 1510. For a large chunk of the subsequent timeline, the state served as a base for the colonialists. However, the plans for this state according to Albuquerque were different.

Albuquerque ordered his men to mingle with the Goan people, marry the local women, and themselves become locals of the region. They would thereby be asked to farm or sell artwork resonating with the culture of Goa. The idea was to form a colony out of the population. Later on, these men became the privileged class.

Finally, in 1961, the Indian Army fought a thirty-six-hour battle to free Goa from the clutches of the Portuguese. They succeeded.

Goa’s liberation day means a lot to the indigenous and local people of the state, whose ancestors had to live through oppression and war. However, since 1961, Goans feel great pride in remembering the day of their freedom, as well as the Jawans who fought for it. 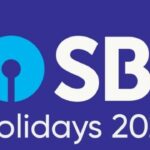 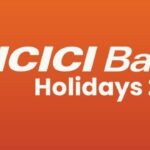 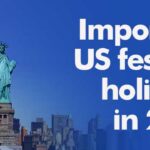 8 Exciting US Festivals in 2022 for every adventurer