This year, it has been raining entertainment. Therefore, every day there is new gossip. Moreover, new actors are emerging, old box office records are being broken, new political developments are arising. Similarly, one of the most trending TV Reality Shows, “Big Boss” also went on for a longer time span than usual.

Now that all of this has taken a break, IPL has come round the corner and as usual, it is creating one of the biggest hypes countrywide. This is the IPL Introductory and schedule.

This is the old schedule, find the new schedule on our latest blog – DREAM11 IPL 2020 NEW SCHEDULE

If we take a look at the previous list of IPLs, many teams took part in the initial stages, but couldn’t sustain and thus got off the market. This year, as usual, there will be 8 teams competing for the ultimate glory, i.e., the IPL trophy. There will be a total of 56 matches since each team has to play against it’s seven opponents. So, here it is, the IPL Introductory.

In the previous years, Kolkata Knight Riders have won the IPL trophy 2 times, Chennai Super Kings have won it 3 times and Mumbai Indians have won it 4 times.

So, this year, it is believed that there will be a tough competition of old rivalry between Chennai and Mumbai. While Chennai aims to level the score, Mumbai plans on increasing the winning streak gap. But, the others are not to be underestimated either. On the other hand, all teams are said to be gearing up for a riot in the playground.

While some of these players are fresh arrivals to the arena, others are seasoned ones and they all are coming to raise the bar of cricketing to a whole new level. Now, in order to know the basics of any team, one must know the Key Personnel of that very team.

With Mahendra Singh Dhoni as this team’s captain, the team is owned by CSK Cricket Ltd. and has won 3 seasons till date. As a result this is believed to be one of the strongest contenders for the IPL trophy.

This team is led by Shreyas Iyer under the ownership of GMR Group and JSW Group. With it’s name changed from Delhi Daredevils to Delhi Capitals, the team aims to change their position in the points table of the league as well.

On the contrary, Dinesh Karthik leads the team under the ownership of the famous actor Shah Rukh Khan, Jay Mehta, Juhi Chawla and Red Chillies Entertainment. KKR has won 2 seasons till date.

This team has had mixed gameplay in all seasons but hasn’t managed to bag any wins till now. Because the team being owned by Preity Zinta, Ness Wadia, Karan Paul and Mohit Burman, the fans of this team look forward to a stronger gameplay this season under the leadership of Ravichandran Ashwin.

This team is known for 3 things, namely, the Ambani family, Rohit Sharma (aka Sharmaji ka ladka) and leader in memes due to it’s richie rich owner. Being the strongest team in IPL, the team has bagged 4 wins till now and doesn’t seem to be stopping anytime soon. The leader is obviously the famous Indian cricketer Rohit Sharma.

This team was previously owned by Mr. Vijay Mallya, but now belongs to United Spirits. When it comes to wins, this team has had to face utter disappointment and has managed to become a part of the meme world for it’s losing streak. Moreover, the team is being led by Virat Kohli. And, the angry young man is geared up to race ahead this season.

With elegance and flamboyance running through the veins of this team, the team has bagged just 1 trophy till now. Earlier, the team was owned by Shilpa Shetty and Raj Kundra, but they both sold their major stake in the team due to allegations on Raj Kundra for betting in IPL. The team is led by Steve Smith.

This team is known as one of the underdogs but has won the 2016 IPL for itself. People don’t have much to say about this team as it isn’t as famous as Mumbai Indians or Chennai Super Kings. However, their gameplay has been quite brutal and they might come out as a tough competition for all. This team is owned by Kalanithi Maran and Sun TV Network and is led by Kane Williamson. 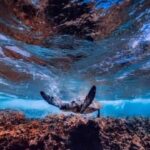 HOW DEEP IS THE OCEAN ?

Positive Impacts of the Lockdown 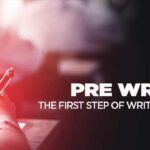