ITS NEVER TOO LATE TO GO OLD SCHOOL

Its Never too late to learn

India is a country that has a plethora of religion, culture and language-based diversity. Our country has been following many of its traditions for ages now and didn’t replace them no matter what. But, with industrialization and globalization entering the Indian territories, people moved on from Namaste to shaking hands for the sake of professional conduct. Later, it became a habit for the people to just shake hands rather than doing Namaste. One should know about his country and culture because its never too late to learn or understand.

If we talk about the significance of Namaste, then there are two ways we see it. The former and latter are Religion and Science-based respectively.

Let’s Learn Something New | ITS NEVER TOO LATE

Its never too late to learn anything and especially about the culture of One’s Country. The word Namaste has been derived from Sanskrit language and has been formed by joining two words ‘Namas’ and ‘Te’. Namas means ‘bow’ and Te means ‘to you’. Hence, the literal meaning of Namaste is ‘bowing to you’. In Hinduism, the true and complete meaning of Namaste is ‘I bow to the divine in you’.

Coming to the Scientific front, we get to know that joining both hands makes all fingertips touch together, which links to some pressure points in eyes, ears, and mind. Pressing them together improves memory and helps us remember the person.

But no matter what people say or know, everyone has been following the western culture till now. With the outbreak of the Corona Virus (Covid-19), people have been refraining from shaking hands or coming close to any person. For the majority, this Virus is a monster, but for many Indians, this is also a blessing in disguise as they now get to stay safe while improving their memory and going old school once again.

Want to Read more? – ITS NEVER TOO LATE 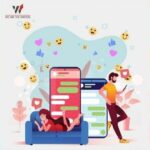