MAHABHARAT STAR PLUS | AN EPIC

“Where there is Dharma, there will be Victory”.

This is one of the most famous sayings in history, is a Sanskrit shloka, which occurs a total of eleven times in the epic Mahabharat.

The Mahabharata or Mahabharat is an ancient Indian text in which the main narrative revolves around different sides of a family, the Pandavas and Kauravas, who fight for the throne of Hastinapur in the Kurukshetra War.

The Kurukshetra War, fought between the Kauravas and the Pandavas, is told in this epic tale. Krishna, the Hindu God Vishnu’s avatar, leads the Pandavas to victory in this fight. “Mahabharat Star Plus” provides the audience with an opportunity to learn more about the ancient Indian Epic.

Vyasa is often credited with the authorship of this age-old Sanskrit text, Mahabharata. The majority of the Mahabharata was presumably written during the 3rd and 3rd centuries BCE, with the oldest preserved pieces dating from around 400 BCE.

Some important doctrines of Mahabharata passed on from generation to generation are as follows:

Mahabharat is a mythological television series based on the Sanskrit epic Mahabharat. It premiered in India in 2013. It broadcast on Star Plus from September 16, 2013, until August 16, 2014.

The actors, i.e. the Mahabharat Star Plus Cast revealed that they had to attend acting seminars and other pieces of training for almost a year, during which they were told exactly what to do and how to execute it. Acting workshops were held by Rajit Kapur to instruct the actors.

THE ROLE OF LORD KRISHNA

Krishna is played by Saurabh Raj Jain, who is the son of Devaki and Vasudev, as well as Yashoda and Nanda foster kid. He is an avatar of Lord Vishnu who came to defend dharma on Earth. Other 16,107 spouses include Karna and Pandavas cousin, Radha’s love interest, Draupadi’s acquaintance, and Rukmini’s spouse.

THE ROLE OF LORD VISHNU

The Supreme Being, God of Preservation, and Protector of Dharma, Goddess Lakshmi’s spouse, was also depicted in Mahabharat Star Plus by Saurabh Raj Jain.

THE ROLE OF ARJUNA

Arjuna, played by Shaheer Sheikh, is the third Pandava prince, an extremely skilled archer, the son of Indra and Kunti, the spouse of Draupadi and Subhadra, and the father of Abhimanyu and Srutakarma.

THE ROLE OF DRAUPADI

THE ROLE OF KARNA

In the Mahabharat Star Plus cast, we see Aham Sharma playing the role of Karna: Surya and Kunti’s son; Pandavas’s elder brother; Adhiratha and Radha’s foster son. Karna is a skilled archer, Duryodhan’s friend; Vrushali’s husband, Vrishaketu ‘s father and King of Anga. He was unfortunately killed by Arjuna on the 17th Day.

THE ROLE OF SHAKUNI

The role of Shakuni in the Mahabharat Star Plus show is played by Praneet Bhat, who is the elder brother of Gandhari and the son of King Subala and Queen Sudharma. He is a prince at first, but subsequently becomes King of Gandhara. He is cunning, strategizing all of Duryodhan’s schemes against the Pandavas. He holds vengeance against Bhishma for marrying Dhritarashtra’s sister Gandhari. On the 18th day, we witness Sahadeva killing him brutally.

THE ROLE OF DURYODHAN

Next in the series of Mahabharat Star Plus cast, we see Arpit Ranka as Duryodhan. The eldest Kaurava, King Dhritarashtra and Queen Gandhari’s first son, the arrogant and fiery crown prince of Hastinapur, Duryodhan is frequently exploited by his maternal uncle Shakuni. There is a unique friendship between Karna and Ashwatthama. The husband of Bhanumati and a skilled mace fighter. On the 18th day, Bheema killed him.

THE ROLE OF BHISHMA

Arav Chowdhary plays Bhishma, the grandsire of the Pandavas and Kauravas and the son of King Shantanu and Goddess Ganga. He had made a vow of celibacy and received a boon from his father to choose the time of his death.

THE ROLE OF BHIMA

In Mahabharat Star Plus cast, Bhima is played by Saurav Gurjar, who is the son of Vayu and Kunti and the spouse of Hidibma and Draupadi. He is the father of Ghatothkacha and Sutasoma.

Bhima successfully attacked Duryodhana with his mace, striking him in the thigh and mortally injuring him. Bhima insulted Duryodhana’s face with a kick, and Duryodhana complained that he was killed unfairly because it was unlawful to assault below the waist in a mace fight.

THE ROLE OF YUDHISHTHIRA

Rohit Bhardwaj plays the role of Yudhishthira in the Mahabharat Star Plus show. Yudhishthira is the ‘First Pandava’. Dharmraj (Yamaraj) is his ‘spiritual father’. He is Pandu and Kunti’s son. In Mahabharat, Yudhishthira was Draupadi’s husband. Yudhishthira’s brothers were Karna, Bhima, Arjuna, Nakula and Sahadeva. Indraprastha and Hastinapur were his domains.

THE ROLE OF NAKULA

In the Mahabharat Star Plus show, Vin Rana plays Nakula, the son of Ashwini Kumar and the fourth Pandava. Nakula is Satanika’s father and Draupadi’s spouse.

Nakula was well-known for his exceptional horsemanship, particularly when it rained. He was the most attractive man on the planet and the best swordsman. Nakula was the most faithful brother, according to Draupadi, since when Yudhishtira lost the dice game, he bet on Nakula first.

THE ROLE OF SAHADEVA

Sahadeva is played by Lavanya Bhardwaj as part of the Mahabharat Star Plus cast. Sahadeva is the fifth Pandava, the son of Madri and Ashwini Kumar. He is the husband of Draupadi and Vijaya, and the father of Srutasena and Suhotra. Sahadeva was also Shakuni’s slayer.

THE ROLE OF DUSHASANA

Dushasana was the Second Kaurava, played by Nirbhay Wadhwa in the Mahabharat Star Plus cast of the TV show. Dushasana was King Dhritarashtra and Queen Gandhari’s second son, Duryodhana’s younger brother and Dushala’s elder brother.

THE ROLE OF DHRITARASHTRA

Dhritarashtra, the Blind King of Hastinapur, is played by Thakur Anoop Singh. He is the niyoga of Vyasa and Ambika, Gandhari’s husband, the Kauravas, and Dushala’s father, Pandavas’ paternal uncle. He is emotionally insecure and devoted to his sons, which makes it difficult for him to make sound decisions.

THE ROLE OF GANDHARI

Gandhari, played by Riya Deepsi, is the daughter of King Subala and Queen Sudharma, Princess of Gandhara, Shakuni’s younger sister, and Dhritarashtra’s wife. Knowing that her future husband was born blind, she decided to blindfold herself in order to share her husband’s suffering. She was crowned queen of Hastinapur after her husband’s coronation. She is the mother of Kauravas and Dushala. She is most often ignorant of her sons’ schemes against the Pandavas.

THE ROLE OF KUNTI

Kunti, played by Shafaq Naaz as part of the Mahabharat Star Plus cast, is the Widowed Queen of Hastinapur and the first wife of Late King Pandu. After a lot of praying, God gives her the ability to have a child. She is Shurasena’s daughter and Kuntibhoja’s foster daughter. Kunti is the Mother of the Pandavas i.e the mother of Arjuna, Karna, Yudhishthira, Bheema and foster mother for Nakul and Sahadev. Kunti is the paternal aunt of Balarama, Krishna, and Subhadra.

THE ROLE OF DRONA

Mahabharat Star Plus cast sees Drona being played by Nissar Khan. Drona is the son of Sage Bharadwaja, a Royal instructor of Kuru princes, Kripi’s husband, and Ashwatthama’s father. Dronacharya’s fame as a great teacher and warrior extends beyond Hindu mythology and has had a significant impact on Indian social practices.

In the Mahabharat Star Plus cast portraying Nissar Khan as Drona, he generates significant arguments on morality and dharma. Drona gifted Arjuna the BRAHMASIRIVAS, Brahma’s super-powerful heavenly weapon. He was killed by Dhrishtadhyumna on Day 15 of the Kurukshetra war.

Mahabharat Star Plus Cast was selected after rigorous audition rounds and background checks. The Mahabharat Star Plus show had a weekly audience of 6356 TVTs (6.3 million viewers). According to a representative for Star India, Mahabharat has the greatest TV ratings of any show in the last three years. The corporation put a lot of money on Mahabharat, reportedly spending close to Rs 20 crore on marketing alone. It is available to watch on Disney+Hotstar.

One of the holiest Hindu scriptures is the Bhagavad Gita, an integral part of the Mahabharat. Beyond India, the Mahabharata epic is well-known in south-east Asia, particularly in Hindu-influenced societies like Indonesia and Malaysia. Several films and plays have adapted and recast it in a contemporary setting.

This legend has been repeated, elaborated upon, and recounted numerous times. In India, the Mahabharata is still widely read. 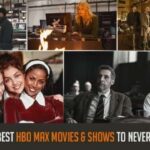