Due to the Coronavirus pandemic, almost every nation has seen a reverse migration. Most people ran to rural areas from urban areas. Most people have also started kitchen gardening. Planting of certain vegetables and pulses is for their households for self-sustenance. Further, most migrant laborer’s do not return to urban areas until the entire nation is not fully cured of the Corona pandemic. Most laborer’s, migrate to their villages and did not have much resources on them. Many even had to sell off their mobile phones in order to buy basics . It is a ticket to reach their respective home states. There is a rise of jobs in the Agrarian Sector.

In the present times, agriculture in a lot of states is in a slump. The reason is because most migrant laborer’s primarily from Uttar Pradesh and Bihar have not been able to go to more agriculturally affluent states such as Punjab and Gujarat due to the Corona outbreak. Further, the government had also offered many people compensation since most of them sustained themselves on daily wages.

Someone has rightly said “Necessity is the mother of invention”. Hence, agriculture in India would finally get the desired technological changes they finally desired for(by agriculture, it includes all the allied sectors, including fisheries, animal husbandry, horticulture among others).

“While there is immense scope if one wishes to grow vegetables such as potatoes, onions , okra, cauliflower, cabbage among others. However, growing cereals such as wheat or rice is more labour intensive and is not too profitable either” says Krishna Singh, a farmer based in Udaipur.

However, this now presents a whole sea of new opportunities for youngsters who wish to have their own businesses.

A new fad in the agriculture industry called “Organic farming” has started. It says that during this time,  more youngsters will move towards the farming which is more sustainable in nature.

Overfishing, according to WWF, refers to the capture of unwanted sea life while fishing for a different species. This, too, is a serious marine threat that causes the needless loss of billions of fish, along with hundreds of thousands of sea turtles and cetaceans.

This again is not sustainable in the long run. Since, it causes pollution and degradation of fish in the long run. Also, a major marine life imbalance takes due to overfishing. The WWF is taking steps to end illegal fishing and creating and expanding marine areas.

Animal husbandry which refers to the rearing of livestock for commercial purposes is again in a slump.

“It is not too profitable to rear cows and buffaloes for milk production since the cost of their fodder is extremely high. One can think of rearing lambs and goats for meat as well as their milk. Camels, on the other hand, are not too profitable either” says Chandu Singh,a dairy farmer based in Sirohi district of

The ways used in dairy farming are not sustainable. In order to create an excess amount of milk, most dairy farmers are using artificial insemination which is injecting the cow with injections in order to make it pregnant so that it produces more milk.

Further, if a cow has a male calf, that calf is sent to a slaughterhouse right away.

Hence, we need to create a more humane approach towards the livestock.

So, agriculture and allied sectors too have a wide scope of jobs and we need sustainable development there as well and due to the present reverse migration, we have a great chance to do the same.

So what do you think on this, is Rise of Jobs in the Agrarian Sector “YES” or “NO”. Comment below 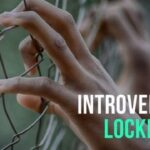