Music is the key element that keeps us happy. Some of us like hearing good music while we are travelling, working out and cooking. Meanwhile some love music to an extent that they really want to contribute to the music world. These people end up taking steps to make music as their career, which is fully out of genuine passion. These famous singers always do have a beautiful message to convey to the world.

So they choose music as a medium. They work on music as a band or solo singer. Most of the time people end up being a solo artist because it has a set of benefits. The profits and revenues are high for solo artists. Sometimes it is tough to meet a person who is like minded, this is another reason why people end up taking up solo careers.

Do solo artists do everything themselves?

When we hear solo artists we can think that they do all the work by themselves. But most of the time it is not the case. Making music is not only singing the final verse. It involves so many back end tasks like composing the track, writing the lyrics, recording, shooting the visual song, editing and promoting it.

All these are not done by these famous singers themselves. They concentrate on the most crucial parts like lyrics, composing and singing. For doing the rest they hire people and delegate the tasks. Sometimes they tie up with entertainment companies like Sony Music Entertainment, Warner Music Group and so on to give the best quality music.

In this article we will list the top solo artists who established themselves as famous singers.

This woman absolutely needs no introduction. She always tops the list of famous singers across the world. She is one of the best female singers who went solo to pursue their career. She majorly makes pop and country music. She is a singer and songwriter. Some of her famous songs are 1989, Fearless, Lover, Red. This woman in her music career has been nominated for 500 awards. She has won 324 awards out of which 11 are Grammys. She is also a humanitarian who stood against many negative things especially to support womens. Hence she is one of the well loved famous singers.

She is one of the famous singers who has got a very distinct voice and bold fashionable appearance. She was recognized by Jay-Z. She auditioned, got selected and signed the deal for six albums. In 2005, she launched her first song “Music of the sun” which sold 2 million copies across the world. Then her Unfaithful, Good girl Gone Bad was also a great hit. She has totally won 9 Grammys, 12 Billboard awards and much more. She is a great entrepreneur now. She is also working on her new release as of now. Overall a great singer.

She is one of the strongest women and famous singers in the globe. She was born in America. She is a model, actress, singer and songwriter. She started her career as an apprentice song writer. Later she released her own single in 2009 called “Just Dance”. The very first single itself got nominated at Grammys for best dance. She continued to give us great songs. She has won 13 Grammys and 1 Oscar award.

Not only songs, she also gives us fashion goals. She always wears jaw dropping clothes on the red carpet, especially her Met Gala looks are beyond perfection. She also admitted herself that she is a rape survivor. The fact that she did not choose to stay a victim, makes her an inspiration to many young girls.

Selena Gomez is one of the famous singers in town. She debuted in the media industry as an actress. Later she started singing. She also produces and writes her own songs. Some of her songs like “Who says” and ”Come and get it” are the most favourite songs for almost all young girls.  She has come a long way fighting her health issues. She is a successful entrepreneur as well. Along with 2 Grammys, Selena totally has won 67 awards.

Dua Lipa is a singer and songwriter. She started her career as a model. Later she has done cover songs for a lot of singers on YouTube. Later she created her own music and released it in 2015. Some of her well known songs are “Levitating”, “Don’t start now” and “Break my heart”. She was nominated and won numerous music awards. She is a recipient of 3 Grammys. One of the best and famous singers in the music world.

Read about Top Youtubers of the world: 16 TOP YOUTUBERS AROUND THE WORLD

He is one of the famous singers who started his career at a very young age. He started by performing his song in 2007 when he was only 12 years old. He released his album “Baby” in 2010 which earned the singer the limelight he deserved. He got famous across the world for this release. His recent release “Stay” was also a great hit. He has won 2 Grammys and around 20 Billboard awards. But unfortunately the young talent is affected by facial paralysis, which can take upto 1 year to recover. So he is currently taking a break for his treatment.

Harry Styles is a solo artist who left group. He is a person who started as a band but decided to leave the band White Eskimos to establish a solo career in music. He is an actor, singer and a songwriter. He released his first song in the year 2010. Some of his famous songs are “As It Was”, “Falling” and the entire album “Fine” has got him good recognition. He was nominated three times for Grammys and won an award once. Apart from Grammys he also won AMAs, Billboard and Brit awards. He is one of the famous singers who has established best solo careers.

He is one of the famous singers who is also well loved for his visuals. He is an America born singer and a songwriter. He released his first song in the year of 2010. But unfortunately it did not work as he expected. But later the track “See You Again” released in 2015 has got viral on YouTube. Through this he has achieved massive success. He was nominated for Grammys four times. He won two billboard awards and also won several other music awards. His recent release called “Left and Right” in collaboration with Jungkook of BTS is also a massive hit. Overall he is one of the most famous solo artists.

He is the one who started the fever of K-Pop around the world. He is South Korea based singer, record producer, comedian. His album “Gangnam Style” has been an enormous hit. Through which he has become a global sensation in 2010’s. We have to admit that Gangnam Style is still a song which can make all of us dance crazily. He has a guinness record and 1 billboard award. Along with it he has won many South Korean music awards. He is continuing to make great hits till date. Hence he makes it to the list of famous singers.

She is one of the famous singers who has a very bold and beautiful voice. She is an America based singer and songwriter. She started her solo career in 2018 by releasing a song called “Sweet but Psycho”. Her songs are mostly welcomed by young girls. Her song’s lyrics have an emotional touch to it. Her song “Kings & Queens” (2020) was used left,right and centre by the insta users in their reel. Over she is a latest singing sensation who has won 2 music awards so far.

Music is the key element that keeps us happy. Some of us like hearing good music while we are travelling, working out and cooking. Meanwhile some love music to an extent that they really want to contribute to the music world. These people end up taking steps to make music as their career, which is fully out of genuine passion. These famous singers always do have a beautiful message to convey to the world. So they choose music as a medium. All the famous singers mentioned in this article have made their achievements in the music world. Not only that, they are also a huge inspiration for many young people.

Solo artists are singers who make a career in music as singles.

Solo artists tie up with any entertainment company to make music. Or else they hire a team to help them with the work.

Taylor won a total of 9 Grammys.

He started his music career by performing in a music competition at the age of 12. 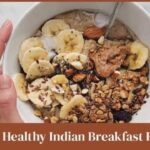 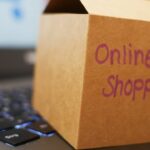 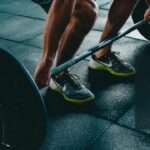 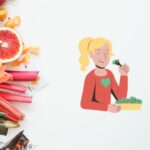