There is one term that is being used like crazy in this generation, especially after the coronavirus pandemic and subsequent lockdowns, resulting in many of us stuck at home, bored to death, craving for some form of entertainment.

Can you guess what term I’m talking about? (Hint: it’s one of our favourites nowadays!)

With most of the theatres, cinema halls shut down countrywide, we are finding it very hard to cope up with the big releases that we were supposed to watch in air-conditioned multiplexes, munching on snacks and popcorn.

Many directors/filmmakers, however, have decided not to wait until the Covid-19 lockdowns are lifted and went to the OTT Platforms like Netflix, Amazon Prime, SonyLIV, Disney+Hotstar, Voot, Hulu, ZEE5, ALTBalaji, etc. with their movies and web series releases.

Digital platforms are extremely sophisticated, and they are literally shaping the future of Indian entertainment in so many ways.

The Indian OTT sector was valued at $21.5 billion in 2018. It’s nothing on the dollar compared to Netflix, whose market capitalization is estimated to be over $217.08 billion, transforming this once-underdog company into a global financial monster.

The rising innovation in OTT platforms like SonyLIV and Netflix, Zee5, ALTBalaji, Amazon Prime, etc. in the country’s OTT video services market has also helped the Indian OTT video services market. So much so, that it is expected to grow at an aggressive rate of more than 30% between the years 2021 and 2025. The Indian OTT market is expected to rise to $5 billion by 2023.

In an era where technology has turned the tables and infiltrated the system to such a huge extent, previously somewhat unlucky actors and filmmakers are regaining their fortune through OTT Platforms like SonyLIV, Zee5 and Netflix along with Amazon Prime.

Sony LIV is one of the biggest OTT Platforms or Apps in India streaming online movies and web series on the Sony LIV App. SonyLIV is a video-on-demand service in India owned by Sony Pictures Networks India Pvt. Ltd., based in Mumbai, Maharashtra. Sony LIV app works on all platforms, including Android, iOS, Smart TVs, and other devices.

The movies and web series on Sony LIV App are available in Hindi, English, Telugu, and Tamil and this amounts to over 700 films and 40,000 hours of television programming. Scam 1992: The Harshad Mehta Story, Lovebytes, Married Women Diaries, JL50, and other unique web series are available on Sony LIV subscription of the Sony LIV app.

The Sony LIV app features a design that is very similar to other OTT apps that are accessible on mobile/smartphones. It offers a bottom tab UI with options such as Home, Search, My List, Premium, and More.

The Home tab in the Sony Liv App displays recommendations, while the Search tab allows you to type in the name of your favourite show to find it. You can easily add shows and movies to your list and find them later.

The Sony LIV App has a number of pop shows and movies that have managed to captivate the viewers to an incredible extent.

If you enjoy powerful, spectacular war films, then “1917” will be a delight to watch.

During WWI, two British soldiers, Lance Cpl. Schofield and Lance Cpl. Blake, receive instructions that appear to be impossible. They must enter enemy territory in a race against time to deliver a message that could save 1,600 of their compatriots, including Blake’s brother.

Bhonsle is a Indian Hindi-language drama film which was written and directed by Devashish Makhija. It was co-produced by Piiyush Singh. Manoj Bajpayee literally sets the screen on fire with his performance as he plays the title character.

Bajpayee plays the role of a retired Mumbai police officer who befriends a North Indian girl and her brother who are being targeted by local politicians along with other migrants.

The full movie is streaming HD on Sony LIV App.

Gullak is a collection of stories about Santosh and Shanti Mishra, as well as their sons Anand (Annu) and Aman, from the Mishra family. The lead actors are Jameel Khan, Geetanjali Kulkarni, Vaibhav Raj Gupta, and Harsh Mayar.

This TV series, streaming exclusively on Sony LIV App has won many hearts.

This Indian sitcom is about the Gada family, who live in Gokuldham Co-operative Society and comprise of an ignorant businessman, Jethalal Champaklal Gada, Jethalal’s wife, Daya, and their unruly son, Tipendra Gada.

This show covers important social issues in a hilarious way which is a hit among the Indian audience. Watch it online on Sony LIV App.

Scam 1992: The Harshad Mehta Story is an Indian crime drama series directed by Hansal Mehta and co-directed by Jai Mehta that is currently streaming on Sony LIV App. The series is based on journalist Sucheta Dalal and Debashish Basu’s 1992 book The Scam: Who Won, Who Lost, Who Got Away, which was based on a 1992 Indian stock market scam perpetrated by many stockbrokers, notably Harshad Mehta.

JL50 on SonyLiv not only boasts a fantastic cast, but it’s also based on a fascinating true incident. In 1984, a jet heading out from Calcutta vanished without a trace. However, 35 years later, news of the same plane crashing near a North Bengal mountain surfaced in 2019.

The movie ‘Spotlight’ deals with a difficult subject and, for the most part, accurately depicted the true narrative, though it did make some alterations to real-life events.

Martin Baron is hired as an editor at the Boston Globe, where he encourages four journalists, Michael, Walter, Sacha, and Matt, to follow a storey regarding child abuse allegations against a local church.

This 2015 film won the Academy Award for Best Picture. Watch it online on Sony LIV App.

Suman Ghosh directed and Rakesh Singh produced Kadambari (2015), a Bengali film. Bickram Ghosh composed the film’s soundtrack. Kadambari, who is nine years old when he marries Jyotirindranath, finds a friend in his younger brother Rabindranath. This story, evidently, revolves around the famous Tagore family of Bengal. They form an unbreakable friendship, and she inspires him to write poems and songs.

You can watch Kadambari movie for free on Sony LIV App.

Sony LIV offers you a variety of subscription plans to opt from. You can either opt for a free version of the Sony LIV App, wherein you will be able to watch only a handful of movies and webseries avaailbale on the OTT platform. Or you can opt for the premium versions of the SonyLIV subscription plan which again has many varieties.

A detailed list of the Sony LIV subscription plan is given below.

Validity of Sony LIV subscription – up to 6 months.

Validity of Sony LIV subscription – available on a monthly, quarterly and annual basis.

What will you get from Sony LIV Subscription?

Sony LIV has access to 18 years’ worth of material from Sony Entertainment Network channels. Can you imagine?! Even if you sat glued to your smartphone/Sony LIV app on any other device for 18 years continuously (not sure if it’s humanly possible), you would still not be able to finish all that Sony LIV has to offer! Because they are continuously adding to their movies and web series which you can watch after opting for the Sony LIV Subscription.

In June 2020, Sony Liv launched as a streaming service on Sling TV in the United States, with all Indian series available on the app. The service costs $6 per month and is included in several Hindi-language packs for free.

Sony LIV is the first Indian OTT platform that has provided music for a Hollywood feature film, with the Hindi version of the blockbuster Passengers, starring Chris Pratt and Jennifer Lawrence, being the first.

Sony LIV offers a wide range of movies, web series (originals & otherwise) and TV shows which is a great deal with its subscription plans as well as the free version.

The various reasons behind the rise of OTT Platforms in the recent years can be attributed to the growing number of smartphone users, higher proliferation of smart devices, cheaper internet plans, consumer preference for good quality content, increasing urban population, etc.

So what are you waiting for? Grab that bucket of popcorn, get comfy in your couch and enjoy unlimited streaming with Sony LIV subscription plans! 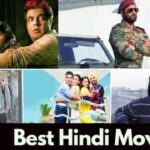 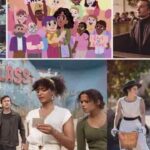 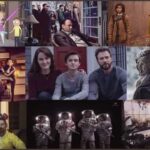