TESLA MODEL Y 2021: ASSURING CLASS WITH PRICE – We Are The Writers
Skip to content

The Tesla Model Y often regarded as the electrically operated wonder, especially by the car enthusiasts, may seem like a spin-off of the Tesla Model 3 because of the interior design, skeleton structure, and mechanism but the 2021 Tesla Model Y improvises and enhances the automobile experience by embracing the features of the more affordable model 3.

The 2021 Tesla Model Y includes an additional cargo space, the third row of seats which is optional in case you have seven passengers along with a bold SUV look. Tesla Model Y consists of dual electric motors that provide a huge amount of power, the layout, and transmission used for the model are set in a way where the engine only drives the rear wheels; rear-wheel drive. The dual-motor structure facilitates Long-range as well as Performance driving the buyer does not have to worry about choosing between efficiency and fun anymore.

The Tesla Model Y is available in three versions which are the Standard, long-range, and Performance. The most cost-effective of these three is the standard version which can seat up to seven people.

BENEFITS OF AN ELECTRIC CAR

While the car, as an automobile has its roots attached to the German technology of diesel operation, the future is sure not going to be dependent on something so scarce. Electric cars are the future and rightly so, the competitive market is flooded with options of electric cars and the customer chooses wisely by comparing and prioritizing their needs and expectations. Electric cars will drive the future ahead and will subsequently lead to greater innovations in the automotive industry.

Electric cars save a lot of money and also help protect the environment at the same time by preventing the usage of gas. With the increasing scarcity of natural resources that aid the vehicles to operate choosing electrical vehicles is the only practical option. The green credential attached to the car is a reason enough to switch. Electric cars use lithium batteries which are cost-effective and their prices are reducing with each passing year. In an electric car the frictional heat that is released while putting the brakes does not get wasted, it is rather used in the batteries.

The world is moving at a faster pace than we can realize, people can criticize them or they can acknowledge and appreciate the advent of these cars but they can surely not deny their utility and benefits in the coming future.

Tesla is a mainstream car company. It’s a giant and a trendsetter in terms of innovations and automotive creativity. There is a technological chasm that not all big players can fill. There are multiple reasons for it and some credit also goes to the dynamism of its leader, Elon Musk. Here we list some models that can be compared with the Tesla Model Y.

2020 Tesla Model Y is more or less identical to the new 2021 Tesla Model Y except for one difference that is the extra row of seats in the latter, which increases the capacity from 5 seats to 7 seats, incorporating more people.

Tesla Model X is an expensive affair at $ 81,190 while the Tesla Model Y is far more affordable at $ 54,190. While price is not the only factor that distinguishes the two models, the Model X is the faster one at a range of 305 to 351 miles per charge, and the latter runs at 260 to 316 miles per charge. Tesla Model X can fit about 77.3 and 87.8 cubic feet of total cargo volume whereas the Model Y provides 68.0 cubic feet. The model X despite being heavier and larger has a greater speed as compared to the Tesla Model Y.

Mercedes Benz EQC costs $67, 900 and is slightly more expensive than the 2021 Tesla Y. It has an electric engine with a horsepower of 402 hp and a torque of 561lb. Mercedes has a combined fuel economy of 75 MPGE. It has a range of 266 miles it also has a fully variable four-wheel drive and is a five-seater car. The enjoy electric motto of the Mercedes brand makes it a tough competition for Tesla Model Y.

Committed to the all-electric future, GM will be providing 30 EVs globally by the year 2025 which will make electric vehicles available and accessible to the common man. The 2021 Chevy Bolt EV by General Motors provides favorable charging and low maintenance. Keeping aside the sizable interiors and a strong powerful speed the best feature of the Chevy Bolt 2021 by General Motors is the price starting at, $ 36,500.

2021 Tesla Model Y will launch with various features that are distinctly only in this model. Read more to know about those striking features.

The model’s long-range and performance models are far more riveting as compared to the standard range. The 2021 model undoubtedly delivers a splendid and spectacular performance, it furthermore provides a much bigger center of gravity because of its carefully planned SUV structure and design.

With the piston being able to provide power to all the wheels, full time or at the discretion of the driver, the range exceeds as much as 326 miles. The performance model’s range might drop to 303 miles but it consists of 20-inch wheels with a lower expulsion and faster speed. In terms of speed, the model can drive as fast as 60 miles per hour in 3.5 seconds, its top speed is recorded at 155 miles per hour.

The model has an electric drive train which includes two electric motors, the first is a lithium-ion battery and an all-wheel drive. The motors provide the car with an instant ignition of power and strength.

The Tesla supercharger station is the fastest and the ideal spot to charge up this automobile beast. The car can be charged to travel a distance of 162 miles in just 15 minutes at one of these stations. Furthermore, a 240-volt charging outlet at home speeds up the charging of the 2021 Tesla model Y. The physical batteries can last up to 500,000 miles.

With Properly structured tools and appropriate equipments, the Tesla Model Y can carry a weight of up to 3,500 pounds.

A lot of features from the Model X are incorporated in the Model Y, but in terms of interiors and comfort the 2021 Tesla Model Y is a bit superior. It mostly comprises a display screen with navigation, climate controls, a speedometer, and other entertainment facilities such as Netflix and YouTube apps fixed on the dashboard. However, when the car is on the move the driver won’t be able to access these distractions making it a safe ride.

The roof overhead is made up of glass which not only provides for the beautiful view on a rainy day but also for a more airy and spacey impression, for those living in places with a bright sunny climate, the windows are also tinted, protecting the driver and others from getting exhausted. At the back there are extra optional seats, making this model a seven-seater car and also adding an extra $3000 to the cheque.

Tesla is well known for its driver assistance features, it includes brilliant safety and assistance features such as automated emergency braking with pedestrian detection, a standard lane departure warning, and adaptive cruise control with semi-autonomous driving mode. Some other spectacular features that make the Tesla Model Y stand out, include the self-parking feature and a Summon feature.

The Tesla Model Y provides a warranty of a 50,000-mile basic warranty and120,000 mile warranty for the batteries and the driving unit.

2021 Tesla Model Y will be ditching the radar system for the sake of a camera-based system which will impact the use of the Autopilot features in its model Y. While the competitors like GM, Waymo, and Aurora are still using the radar system, Tesla will be transitioning to a pure vision. The camera-based feature will enable autopilot features such as traffic-adjusted cruising and automatic lane keeping.

The radar sensors were anyways proving to be expensive and the amount of computing and processing power required for refinement of the data is much more. This affects the performance of the vehicle. The camera-based feature will lead to smoother use of the autopilot feature, self-driving capability, and a better safety feature. While the adjustments to these features might take up a considerable amount of time, they will benefit once it is finalized.

In this section we have separated the prices for the western countries and India for your understanding.

While we have already established that electricity is the automobile future. The coming generations will be relying on the expertise and skills of the Electric Car Companies and will be trusting them with their work efficiency and leisure moments. Here are the top 10 electric car companies that show us new hope for a more systematic, productive, and cost-effective future.

THE FINAL WORD FOR THE 2021 TESLA MODEL Y

2021 Tesla Model Y is a class above the 2020 Tesla Model Y, with time new innovations especially in the interiors were executed for a greater driving experience. With smart innovations and investing in the strength of the car Elon Musk’s Tesla is here with another ground breaking invention in the world of automobiles. 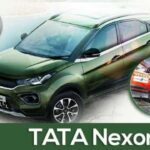 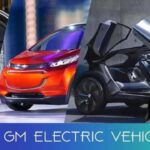 BE MESMERIZED WITH THE AMAZING GM ELECTRIC VEHICLES OF 2021 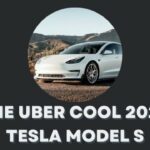 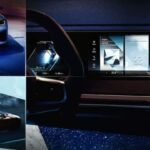