Do you not feel excited to buy the brand your k-pop idols are ambassadors for? The craze for the k-pop industry and k-pop artists is seeing an enormous peak. Right from their visuals to their music, the Korean pop music industry is swimming the best of its successful ride. The industry has surpassed the popularity of any other music industry across the world. It has gone beyond the Western music industry as more people consider it popular worldwide. This success is giving rise to more groups to find a mainstream music industry.

The rise of the industry has also benefited the brand industry. International brands such as Givenchy, Louis Vuitton, and others have gained the best with k-pop artists. These brands are portraying themselves with popular k-pop idols and groups. It has brought in more revenue and has flouted the already existing brand image of these brands. However, the journey of the industry to become a prominent home for international ambassadors was not the case. It is only recently that it has grown internationally. Here is a detail of why the k-pop industry is growing prominent internationally. [ K Drama ]

Why Is the K-pop Industry Prominent Internationally?

The Korean wave, or the k-pop wave or Hallyu, as it is known locally, is seeing seamless growth. In the last two decades, the growth for artists internationally has potentially risen. Across the world, almost every country is aware of k-pop artists and groups.

One of the prominent reasons for the k-pop industry to grow is their distinctive music. The music made by artists carries a lot of variants. Often the music leaves the listeners inquisitive and in deep thoughts. Also, the artists grind themselves for years to achieve perfection in dancing, singing, and synchronizing. The specialty of k-pop groups is their simultaneous dancing and singing, which looks no more than a mammoth task. Achieving this with perfect synchronization has amazed so many and left the audience in awe. [ K Drama ]

The k-pop industry broke into the western world with Wonder Girls’ hit “Nobody” in 2009. The song was enormously appreciated and was released in four different languages, including English. The first k-pop music that broke into American Culture was Big Bang’s, Fantastic Baby. Later in 2012, PSY’s Gangnam Style remained unbeatable in the music category for straight 5 years after release.

Today, the industry is swooning heights with the biggest boyband in the world, BTS. The boy band formed in 2013, has swept a journey from rags to riches. They are the only group to be nominated in the prestigious Grammy Awards, not once but twice. The group has also been vocal in working with the United Nations for varied initiatives. They brought a new dimension to k-pop music, expressing music to be healing and self-love therapy.

Along with this, the k-pop industry also harbors some prominent groups including Blackpink, Twice, Red Velvet, Exo, Seventeen, and many more. Currently, k-pop music is touching new heights with its fourth-generation groups. This era includes the birth of groups including Tomorrow X Together, Enhypen, Stray Kids, Ateez, ITZY, AESPA, and others.

Why Are International Brands Having Korean Brand Faces?

The rise in popularity of k-pop artists has also brought in luxury for brands. Numerous international brands have artists as their brand image. While this may excite the fans of the k-pop idols but it also works in favor of the brand.

Bringing in k-pop artists as a brand image, grows the customer reach for brands, particularly in Asia. The Asian continent has become more interested in international brands like Gucci, Prada, and others after its favorite artists promote them. Making the k-pop groups and k-pop idols global ambassadors have increased sales. It has created excitement amongst the common public who look up to these k-pop artists.

Another prominent rise in k-pop global ambassadors is the accumulated and rising fame. The k-pop industry has not only sufficed in South Korea but is also penetrating in other countries. The fans of k-pop can be found in several other countries. This gives an ideal opportunity for international brands to find a diverse customer base. It also helps them know which of their products could work out well if promoted through artists.

International brands find a multitude of advertising channels through k-pop artists as their ambassadors. If a idol or group is an ambassador for a brand, they promote it in various manners. Artists would not only have special shoots for showcasing the brand. They can also do it through their music videos, performances, and television shows. This will open not just one gate but many gates for international brands to find a foothold in the market.

Lastly, K-pop artists as global ambassadors for international brands have become indirect means to advertise. They bring in more customers, revenues and add to the brand’s popularity indirectly. Advertising through artists does not look like direct, face advertising. The brands develop a compact relationship with the customers through their favorite artists as ambassadors.

10 K-pop Artists Who Are Ambassadors For International Brands

In 2021, BTS was announced to be the global ambassador for the international brand Louis Vuitton. This includes the famous boyband to collaborate with the brand. The brand is looking forward to beginning a new chapter with BTS in the fashion world. It will collaborate with the band to infuse luxury and contemporary culture with fashion. BTS had worn Louis Vuitton to the Grammy 2021 from its F/W Menswear Collection 2021.

A rookie group part of the fourth k-pop generation, AESPA is the global ambassador for Givenchy. The girl group is the first k-pop artist to be a global ambassador for Givenchy, appointed in 2021. The group has been appreciated for their strong presence and individualist styles reflected through their personalities. The brand has promised to show some diverse aspects with its collaboration with AESPA.

The fourth-generation girl group, ITZY were appointed as the brand ambassador for Maybelline New York. The group was appointed global ambassadors in 2021. The powerful girl group has been a part of the Hypersharp Liner, Ultimate Lipstick, and SuperStay Foundations campaigns across Asia. The group has been appreciated for their impactful journey as fourth-generation k-pop artists.

Jennie of BLACKPINK for Chanel

Jennie of BLACKPINK is the Chanel brand ambassador from South Korea. She was appointed as the brand ambassador for the brand in 2019. Since then, the collaboration between the k-pop artist and the brand has impacted optimistically to the brand’s growth. Currently, Jennie is part of the Coco Neige campaign of Chanel which is being photographed by renowned photographers, Inez and Vinoodh.

Jisoo of BLACKPINK for Dior

EXO’s Kai has been appointed as the brand ambassador for Gucci. He has been a part of collaborative projects and in designing for the Italian brand along with Alessandro Michael. The projects included designs for the line of men, women’s ready-to-wear, and accessories collections.

Song-writer and singer IU was appointed as the brand ambassador for Gucci in 2021. She has been an ardent promoter of the brand and has been seen wearing the brand on different occasions. She was the showstopper for the brand’s fashion show in Milan, Italy. She had also launched her Gucci 2021: Holiday Gift Campaign with the brand.

Lisa of BLACKPINK for Bvlgari and Celine

Lisa of BLACKPINK has been appointed as the global ambassador for Celine in 2019. The rapper in the girl group has always been praised for her chic style and has influenced many trends. The rapper is also the new face for the luxurious brand Bvlgari. The brand has praised her for creating her one aesthetics for the fashion world.

Rose of BLACKPINK for Tiffany & Co

Rose of BLACKPINK has been associated with the powerhouse of fashion Tiffany & Co since 2021 as a brand ambassador. The idol has been an active part of the Tiffany HardWear Digital Campaign in 2021. The brand has appreciated her boldness and modern style which makes her stand out. She also made her appearance for Tiffany & Co in Paris in 2021.

These are some of the k-pop artists who have been the brand face for international brands. Their endorsement of the brand has worked well both for the industry and the brands.

The k-pop industry is seeing a wide spectrum of success. It has been all glitters from having its music boom in Billboards, AMAs, Grammys to endorsing its k-pop artists in international brands. The craze for k-pop music is only swelling and is taking place in the mainstream music world.

For more refer to this: 10 K-Pop Stars Taking Over Fashion As Global Luxury Brand Ambassadors

Today, we all are aware of the k-pop industry and have our k-pop artists for support. With the potential rising, international brands are endorsing more artists. This gives them a plethora of opportunities to find a wide, diverse market. It also promises a long-term and successful brand image for the brands.
The K-pop industry has become not only a new dimension in the music world but also found a firm place in the brand world. 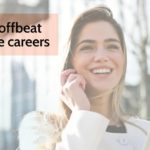 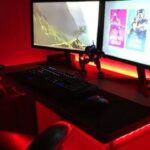 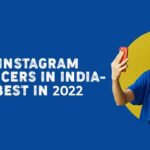