Way before the arrival of OTT platforms, the primary source of entertainment for a lot of people was Television. It was an ensemble of all kinds of shows and channels. Furthermore, after the launch of famous OTT platforms like Netflix, Amazon Prime Videos, Apple TV, Peacock TV, and HBO max, these TV shows have been released on them.

Fighting for the TV remote, washing up quickly to watch TV, and sitting together curiously to know what happens next. This was the time before binge-watching OTT content became a trend. Furthermore, TV shows formed an essential part of our childhood. Here we present a refreshing list of the best TV shows of all time along with the list of Apple TV shows.

BEST TV SHOWS OF ALL TIME

The story of this groundbreaking show revolves around the life of a mobster named Tony Soprano. It is one of the best TV shows of all time. Tony is an Italian-American mobster. He tries hard to strike a balance between organizing crime and handling family life. Furthermore, the Sopranos was released on the HBO channel and is one of the most loved shows with a huge fandom. It has a total of 6 seasons.

This is an animated show that traces the life of the cynical scientist named Rick Sanchez and his amiable friend named Morty Smith. Furthermore, Rick and Morty, from the list of best TV shows of all time, is all about the misadventures that the two friends face.

Moreover, they manage a domestic life along with the inter-dimensional escapade. Hence, the series has been regarded as a comical one, with an original script and plenty of ideas.

The Wire is an American Crime-drama show set in the city of Baltimore, which is soaked in drug dealing. Furthermore, amidst all this, a drug dealer named D’Angelo Barksdale gets entangled in a murder case. Moreover, a detective named James McNulty is assigned a position to head the joint homicide and narcotics team.

The team hunts down the drug lord, Avon Barksdale. It is a very interesting and gripping series and is undoubtedly one of the best TV shows of all time.

The most basic storyline of this wonderful show is about the war of succession. Game of Thrones follows the stories of nine noble and elite families who fight for gaining control over the mythical land of Westeros.

Furthermore, the show includes political and sexual fascination. This is one of the best TV shows of all time and it became increasingly popular with the millennials. Moreover, the show maintained a great mystery about the climax.

Breaking Bad is a story that has seen a huge transformation in terms of character and screenplay. It is the highest-ranking TV show and is amongst the best TV shows of all time. Furthermore, the story revolves around Walter White, an iconic character. Walter is a demure chemistry teacher at a school.

However, he gets involved in the drug trade, he does this to financially provide for his family. The story comes to a twist when Walter is diagnosed with lung cancer. Hence, after this point, Walter turns into a fearless version of himself.

This is an up-and-coming OTT platform. It offers a range of shows that provide wholesome entertainment. Hence, here’s a list of some of the best Apple TV shows:

This is a brilliant Apple TV show, taking the audience to a different world. The show focuses on an alternative timeline about the moon mission. In the show, it is shown that the Soviet Union succeeds in landing the first man on the moon. Hence, there is unrest at NASA.

Soviet is shown recruiting more women in their space programs. Furthermore, this leads to NASA increasing its pace. Thus, NASA recruits women and minorities who were excluded from being members of such missions.

Dickinson chases the story of almost every woman who wishes to be set free. It is about women breaking the constraints of society, gender, and family. Furthermore, in the show, Emily is a budding writer and does not wish to fit into the stereotypical gender roles. She chooses her imaginative perspective. It is a beautiful coming-of-age story on the Apple TV shows and is thus, a must-watch.

Home Before Dark is a real-life story, based on the investigations of a journalist named Hilde Lysiak. She moves back to her native coastal town from Brooklyn. Keeping alive the strong ethics of journalism and chasing the ultimate truth, she manages to unfold a cold case that concerns the entire town.

Furthermore, she finds out that her father tried to bury the case. Hence, in this mysterious story, we find an engaging TV show by Apple TV.

The show is one of the most interesting Apple TV shows. It revolves around the story of a bunch of kids entrapped in a mysterious turn of events. Furthermore, the four kids get caught in a neighboring bookstore. They then witness mythical and magical incidents.

Hence, the four kids team up to release the various characters from literary works. Moreover, Ghostwriter is a captivating story and, thus, a must-watch from the list of Apple TV shows.

In one of the most suspenseful crime-drama series, Defending Jacob, the audience finds a tantalizing story amongst the Apple TV shows. Furthermore, the story of Defending Jacob revolves around two friends: Jacob and Ben. Ben gets murdered, and the police suspect a paedophile.

However, as the investigation proceeds, Jacob is accused of murdering Ben. Andrew, Jacob’s father, is the attorney involved in the case. Hence, the mini-series narrates the story of a family that deals with accusations against Jacob. The making of the show is very gripping and is one of the best on Apple TV shows.

TV shows have evolved a lot in terms of direction, stories, costumes, editing, screenplay, sound, and most importantly, distribution. A large number of TV shows are now available on OTT platforms. Furthermore, some of these platforms also produce and create original content. Hence, the audiences have loved the new features and stories of the famous TV shows. 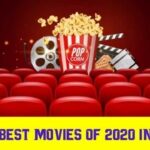