There is nothing a man can do about his death. In words of Guruji, whom my mother religiously follows, “Death comes to all – be it rich or poor, white or black, man or woman”, and so on and so forth. The tragic humour that played out with the death of the man, it feels like he should’ve done something about his death. I mean, how can one just die?

The man was short. Plump. And a Dork. Nothing about him would compel a writer like me to write about him. Nor, any filmmaker to make films about him. Nor, any painter to paint, sculptor to sculpt. In short, his life is as far from art, as is music from Rap. Yet, he died. His death made – sculptors, sculpt. Painters, paint. Writers, write.

How he died has various stories. One being – The ghost of the man killed him. Yes, as unbelievable as it may sound – the legend of the Man is – he was killed by his own ghost. When I visited near his death-bed – I saw a knife – made of skulls and bones, with blood of the man on it.

That’s when the black-eyed – olive skinned – curly haired, old woman spoke. And spoke she did. She told about some tantric – who lived in the jungles of Aranya, who was friends of his father’s best friend. Father’s best friend once left the town in his starting teens and fled to the jungle and met the tantric and tantric befriended him.

And, so the information from tantric was passed on to the peeps of Barhalganj. I asked, what did he used to tell? She smirked and laughed and disappeared as soon as she stopped laughing.

Read next – THE STRUGGLE BETWEEN THE REAL AND VIRTUAL WORLD

The old man – the oasis of ancestral knowledge, spoke next. He took a deep breath before he spoke. Then, he gathered men around, asked ladies not to speak, till he asked them to. He told – our barhalganj has been cursed. Everyone gasped. I was in awe. The pace with which my blood was pumped by my heart surmounted the pressure the buoyancy applies on a submerged submarine.

My brain was afloat. How, death of the man – as insignificant as art critique, can curse the whole town. A town, which breathed fresh air, yet. Drank pure water, yet. Smoked cigarettes in public places, yet. How can a town as such be cursed? I questioned. Everyone else was silent.

The old man asked me not to talk in sentences now. I asked, why? He was relieved. He told me, I can talk now in questions only, I can’t answer now. That is in retrospect – the best curse one can get, to question everything and not answerable to anything, but I was sad. He elaborated on the curse – we all would be able to do only one thing from now on, till the curse ends. Now, the dog tapped me on my feet.

I understood. I asked the inevitable – Can I seriously not answer anything? The dog now jumped on my feet. I understood. I asked – when will the curse end? The gathering showered praises on me with their look. The old man answered – when the man’s ghost would come to take his skull-knife back.

Now, it is hard to believe – but all we had to do was one simple thing. Call the ghost of the man. But how, was a bit tricky. As, why the killer would present himself before the courts when he had easily flown away.

In the end, the disappeared woman’s husband found his father-in-law, who led to his best friend, who in turn discovered the tantric and the tantric did his magical voodoo and the curse was withdrawn.

This, in a way, changed our town, forever. I never answer anyone, women rarely laugh here, the old man passed away, he never listened till he died. The fled criminal ghost never came back. 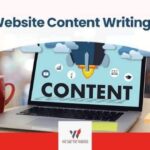