ECONOMY and POLITICS, friends or foes !!

About our Country, Economy and Politics:

Our country, a mix of various cultures, themes, tongues, ideas and customs has one thing in common which binds us all. I’m not talking about cricket. The topic equally conversed is the economy and politics of the peninsula.  Economy is the standout method of production, trade, investment, distribution and mobilization of funds. It is by various outputs which illustrate the growth effectiveness and development efficiency of a country. It is the face value of a country, region, territory. If an economy is dynamic and secure, then a country will stand as a developed economy as it will influence the concerned region for the better. So, let’s know whether economy and politics are friends or foes!

And coming to Politics,

On the other hand, politics is the practice of influencing the people through use of power and brain. Experts say there is a strong relationship between economics and politics, but the judges are the people who speak through their experience of both the factors in their day-to-day life. Theories suggest that the political output of the country will often give us the final picture of how the economy will look and facts show that, it might be the case. If the leader of the country is wise and aware, the primary thing he would like to ensure would be economic growth and development.

How Politics and Economy are Inter related?

Politicians are generally based on what they can do for the economy. Their reforms on how to introduce new structures that would benefit our economic environment. This takes us to another interesting topic, who leads the country, the economic policy or political advancements. Politicians in power are generally the ones who take the important decisions, but they have to have an eye for the economy before initiating something monolithic. If the leader does good to the economy, the government owns all the credit. If the reverse card is played then, the consequences will be handed to the government.

How to determine the performance of an economy,

The primary factor to determine the performance of an economy is the GROSS DOMESTIC PRODUCT or G.D.P. It is the monetary measure of the market value. It inculcates all finished goods after analyzing   incomes and services. Budget, bills, amendments are originated as to make G.D.P bloom and this will increase the economic alignment which will in turn reduce taxes and upstage subsidies. In the conferring scheme of things we can say that economy and politics will always be stuck together around each other like Yin and yang and the common man has to accept it.

Some more for you to read, 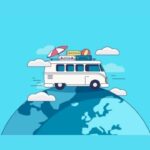