List of Important Days in February 2021: National and International Days

There are numerous studies that found taking holidays reduce the risk of many diseases. It helps to reduce stress, spend quality time with family and at the same time helps the mind and body simultaneously. Specially this year, that is, 2021 must be something enjoyable after a pandemic gap. Please go ahead our blog List of Important Days in February 2021.

Keep reading our blog on List of Important Days in February 2021.

This day is marked of utmost relevance as it comes under the ambit of environment. From the past decade the global population is facing a global environmental crisis. The World Wetland Day is marked as a day to raise global awareness about the role of wetlands for the population and planet as a whole.

This day also marks the adoption of Ramsar Convention on Wetlands. The theme for this year is “Wetlands and Water” as wetlands pose as a freshwater source and the restoration of these wetlands would be highly beneficial for the global population. (Source: MedWet)

4th February is marked internationally as World Cancer Day. It is organized by the Union for International Cancer Control every year on this day. The 2019-2021 World Cancer Day theme is “I Am and I Will”. This call of “I Am, and I Will”, advocates commitment on the part of the individual to take actions in present for a safe future. This day is aimed to raise awareness of cancer and at the same time to prevent, detect and treat this fatal disease. (Source: WHO)

Female Genital Mutilation involves alteration or injuring the female genitalia for non-medical reasons. This issue is seen globally as a violation of human rights and also as violation of health and integrity of women. This day is marked of utmost relevance as it is marking the abolishment of female genital mutilation and ending it by the year of 2030. (Source: UN)

This day is celebrated to raise awareness regarding the nutritional benefits of having pulses in our regular diet. For the year 2021, the theme of world pulses day is “Nutritious Seeds for a Sustainable Future”. This year it has been specifically stressed about the health and nutritional value pulses possess.

International Day of Pulses falls under the category of 2nd goal of the United Nations. The goal of “Zero Hunger” of UN is to produce such agricultural resources that will help to minimize and also eradicate hunger.  (Source: InternationalEventDay)

This day is celebrated as World Unani Day after the birth of a great social reformer and Unani Scholar Hakim Ajmal Khan. He was a physician based in Delhi and also one of the founders of Jamia Milia Islamia University. The primary objective to celebrate this day is to pay tribute to Hakim Ajmal Khan for his contribution towards Unani medicines in the country and the world. This medical system helps in spreading awareness about the preventive and curative philosophy it carries along. (Source:  NHP)

11th February – International Day of Women and Girls in Science

International Day Women and Girls in Science is marked as a day specially for the equal and full involvement of women and girls in science. The major breakthrough women provided in science are Marie Curie in radioactivity, Katherine Johnson in space science to just name a few. (Source: UNESCO)

The proposal of World Radio Day was put forward by Spain in the year 2010. The primary objective behind this day is to raise awareness amongst public the importance of radio. Radio is one of the most powerful medium for celebrating cultural diversity amongst human beings. The fun fact behind this day is that radio is the most widely consumed medium at the global level.

Radio has an emotional connection with the listener, and along with it, it carries real time information which is of utmost importance in today’s world. The theme for this year is “New World, New Radio”. According to UNESCO, the celebration for this year’s will be according to three subthemes “Evolution, Creation and Connection”. (Source: AsiaRadioToday)

Every year on 14th  of February we celebrate Valentine’s Day to honor our loved ones. In the Middle Ages, it was said in Britain and France that February 14 is the start of the mating season of birds. It was the famous poet Geoffrey Chaucer who conceptualized this day as Valentine’s Day and a day for romantic celebration in his poem “Parliament of Fouls”.

In the modern times 14th February is celebrated our loved ones with cards, flowers, romantic evening walk or a dinner date.. (Source: InterestingLiterature)

This day in particular brings an opportunity for the global population to join together for creating a state of awareness regarding these mammals. It is estimated that close to around 2 lakh pangolins are smuggled from the wild to Africa and Asia. The meat of pangolins is a delicacy in China and Vietnam. It is also important to know that their scales and excreta are used in treating arthritis, cancer and various other diseases. (Source: UNEnvironment)

Half way through the month, read further on our blog List of Important Days in February 2021.

In the year 2015, the International Year of Soils was celebrated. In India, on this very day soil health card was launched for assessing the nutrition status of every farming land in the country. This soil heath card was launched by the Prime Minister of the country Shri Narendra Modi at Suratgarh in the state of Rajasthan.

The soil heath cards provide benefits like presenting the nutritional status of the soil of farmers along with the variety of recommendations in improving the soil quality. (Source: PIB)

The United Nation’s World Day of Social Justice is observed every year on 20th of February. This day is marked to encourage people for looking into the fact that how social justice is aiming to eradicate poverty. At the same time, it also focuses on achieving optimum level of employment with social integration. It recognizes the need to promote social justice to tackle issues like gender equality, human rights, social protections etc. (Source: UN)

Starting from the year 2000, this date of 21st February is observed as International Mother Language Day. This day is auspicious because of the reason that it promotes linguistic diversity, cultural diversity and multilingualism. The idea of celebrating International Mother Language Day came from Bangladesh and got approved by the UNESCO General Conference in the year 1999.

2008 was marked as the International Year of Languages by the UN General Assembly. In India, this day is celebrated as the Matribhasha Diwas. (Source: UNESCO)

In the year 1926, at the fourth world conference at USA, a decision was taken by the members, that there should be a special day where each member will think about how it feels to be a part of their organization. This day is celebrated by 10 million Girl Guides and Scouts in 150 countries. It is a global event where every child is encouraged to think about their siblings.

This is a day of international friendship and also a day to speak on issues that affect women. The theme for this year’s Thinking Day is peace-building as it is truly relevant in today’s world. (Source: DaysOfTheYear)

This day is celebrated across India to honor the service of Central Board of Excise and Custom. It is widely celebrated to encourage the officers of CBEC to carry out their services towards the nation with utmost dedication. This day is also celebrated for commemorating the legislation of Central Excise and Salt Act in the year 1944 on 24th of February. (Source: Adda247)

Read further on our blog on List of Important Days in February 2021.

The objective is to highlight the achievements and the efforts undertaken by the NGO’s in different sectors for the betterment of life of many people. It was established by Marcis Liors Skadmanis of Latvia. World NGO Day was officially recognized by Baltic Sea NGO Forum of the Council of the Baltic Sea States in the year 2010. (Source: Jagranjosh)

Go on reading our List of Important Days in February 2021.

On this day, Sir C.V. Raman had done the famous discovery of Raman Effect for which he received the Nobel Prize in Physics. The National Council for Science and Technology Communication asked the Indian Government to observe this day as National Science Day. The objective of celebrating this day to deliver the message of the importance of science in daily life. (Source: NCSM)

After the eventful year of 2020 and a satisfying beginning with the coming up of vaccines in 2021, the month of January has helped us to energize ourselves. Now the perfect beginning has to be supplemented with the best moments and months to come. So lets enjoy with the important days of February with the start go!

So to plan out a perfect weekend or getaway it becomes really important to know the list of important days for the month of February. January brought us some healing news so now its time to make February perfect and enjoyable with this list. 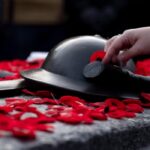 Remembrance Day – All you Need to Know 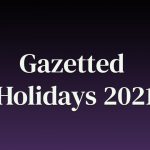 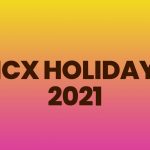