Haven’t you been watching k-drama for the last two years? If not, then trust me you lack good content in your “binge-watch” or “to be watched list”. Korean dramas are real addiction and trust me this blog will multiply your obsession with Korean drama 10 times more. You ask why? Because the list you’ll come across after scrolling includes top Korean dramas and much more to it.

The top Korean dramas will give you stomach aching laugh, eyes full of tears, some of the best Korean dramas on Netflix will leave your minds thinking, some Korean dramas to watch can literally give butterflies in your stomach. Sounds ecstatic, isn’t it? Well, they are more exciting to watch than said.

Even if you’ve not watched any k-drama even once in your life. This is the best time to start. Moreover, you have landed at the exact place where you can get top Korean dramas to start with.

But first, let me brief you on what Korean drama is, some basic characteristics that will help you make a list of Korean dramas to watch in the upcoming weekend.

What is Korean Drama? | Top Korean dramas to binge-watch!

Korean drama, often known as K-drama, is a type of televised drama produced in South Korea, usually in the form of a miniseries, that has particular qualities that distinguish it from typical Western television shows or telenovelas.

In the 1960s, South Korea began broadcasting television series; in the 1990s, the mini-drama format of 12–24 episodes became popular, merging conventional historical series into this format.

Korean drama series are made in many genres. Mostly romantic or a love story, they also include horror, science fiction, comedy, crime thriller, and so on. Almost all Korean dramas have peculiar plots, but that’s part of what makes them so entertaining. All you have to do now is learn to accept the weird and surprising and enjoy the trip.

K-dramas provide their viewers with a taste of what life is like in Korea. Apart from K-pop, Korea has a lot of intriguing things to offer, such as cuisine, culture, clothing, and locations to explore. All of this is accessible through internet viewing of K-dramas and Korean films.

What makes Korean dramas stand out?

When you watch a Korean drama, you have to put a little effort and turn on the subtitles. However, despite the language barriers why are they so popular these days? Why do your friends, colleagues keep recommending you to watch top Korean dramas? Let’s figure out some features that make them stand out and addictive.

Korean performers have a natural sense of humor, which explains why their rom-com shows are usually big hits. It’s all about perfecting the whole package—perfect timing, facial expressions, lines and emotions, gestures, and a dynamic delivery style, as well as the proper combination of romance and comedy. This approach has been adopted by K-Dramas.

K-dramas are easily understandable. K-Dramas are typically 16-20 episodes long, with each episode lasting 30 to 40 minutes or a maximum of an hour. You won’t be left with something you couldn’t digest about the drama you just finished. They are predictable yet have amazing ends.

This contributes to the glitz and glam of Korean dramas. The photographs and settings are always well-considered. The atmosphere talks a hundred times when the actors don’t say anything. When the characters finally deliver their lines, the cinematography wonderfully matches the tone of the scene. This amazing synchronization works well with the viewers.

Though we don’t understand the lyrics, the melodies and the rhythms are peaceful and fantastic to listen to. Be it background tracks or title songs, the soundtrack planned for these drama series is wonderful.

Besides, their kissing scenes, fresh pairings, the script, and many other aspects make you fall in love with k-dramas.

Top Korean dramas to watch in 2022

Best K-drama series of 2021. Yes, our claim is true. Squid game has gained an immense level of popularity among netizens. The series has its name on everybody’s lips. This popular drama stars Lee Jung-jaePark Hae-soo Wi- Ha-Joon. In 94 countries, the series is ranked No. 1 on Netflix’s Top 10 lists. It’s the first Korean series to reach No. 1 in the United States on the platform. The story is about hundreds of cash-strapped gamers agreeing to compete in children’s games after receiving an unusual offer. There, an enticing reward with lethal heavy investment awaits. A survivor game with a prize pool of 45.6 billion dollars.

A romantic comedy, this series is a remake of the 2004 South Korean movie Mr. Handy, Mr.Hing. The makers call it a “healing drama”. The 16 episode series have Shin Min-a, Kim Seon-ho, and Lee Sang-Yi as lead actors. This 2021 k-drama is a must-watch if you wish to witness a beautiful love story.

One of the best Korean drama on Netflix, this drama series stars Lee Je- hoon and Tang Joon-sang. The heartwarming story is based on Kim Sae-non-fiction piece, Things Left Behind, about the first trauma cleaners in South Korea. Geu-Ru (Tang Joon-Sang) is an Asperger’s syndrome-affected teenage boy. He is employed by his father’s company, “Move To Heaven.” Geu-father Ru’s passes away one day. Gue-Ru is all alone, but his uncle Sang-Gu (Lee Je-Hoon) emerges unexpectedly next to him. The story then continues to revolve around how they run the company together.

This k -drama is a fantasy series starring Seo In-guk and Park Bo-young. A girl who lost both of her parents when she was young is diagnosed with brain cancer and given less than 100 days to live. As she prays for the world’s annihilation, the destruction itself appears himself and spends the next 100 days with her. This 16 episode is a heartwarming series that will bring you tears and a smile on your face simultaneously.

See – Doom at your Service Trailer

Adapted from the webtoon My Roommate is a Gumiho, this k-drama is a mix of romantic comedy and fantasy genres. With 16 episodes, this series depicts a unique love story that brews between a 999-year-old-nine-tailed fox who wants to become a human and a university student.

See –  My Roommate is a Gumiho Trailer

The storyline of a premium cab driver seeking retribution on behalf of his clients. It’s based on Carlos and Lee Jae-webtoon jin’s Deluxe Taxi. It is one of the highest-ranking k-dramas of 2021. This drama has an amazing cast including Lee Je-hoon, Esom, and Eui-Sung Kim as leads. A mix of action, comedy, and drama, Taxi driver can be your next weekend plan!

This drama revolves around a hotel receptionist and a doctor with tragic childhoods building an emotional bond while getting engaged in a confusing murder case. A 16 episode drama that has action, emotions, thriller, crime, suspense. In short, an amazing watch. The plot, the characters, the cinematography will keep you hooked throughout the series.

See – You are My Spring Trailer

With an amazing cast of Han So-hee, Park Hee-soon, Ahn Bo-Hyun, My Name is a 2021 crime thriller series. The plot is basically about a lady who joins an enormous crime syndicate and invades the cops as an undercover officer in order to discover the truth regarding her dad’s death.

The hugely popular 2020 K-drama Hospital Playlist returned for its second season in June 2021, bringing around more music, tenderness, and fellowship. The drama depicts the lives of five surgeons who’ve already known each other since medical school at the busy Yulje Hospital. What distinguishes both seasons of Hospital Playlist from those other medical dramas is how it avoids the genre’s hackneyed clichés. The focus of this show is not on hospital politics, but rather on the bond that the five protagonists have with their patients, coworkers, and each other.

Top Korean dramas of all times

Netflix has a variety of series and we know it’s difficult to decide what to watch and what not to. Wondering what to watch next? Have a look at the list of best Korean dramas on Netflix. 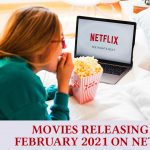 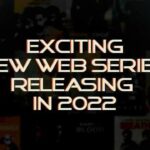