TVF Aspirants: Failures, Friendship and Success – We Are The Writers
Skip to content

Struggle, fear and friendship are the emotions that are entwined in this five-episode web series called Aspirants. Each episode leaves the audience with a desire to watch more. The story development and character building are the result of the intricate and thoughtful direction and writing. The makers of TVF Aspirants have managed to leave the audience with a smile and a tear in the eye by the end of the fifth episode. Here is an overview of this engaging web series.

For a few years, the northern states of India and the culture associated with them have beautifully taken place in the hearts of the audience. Web series “Aspirants” also displays a certain closeness to the lifestyle by making the premise very relatable to the common masses. The series carefully acknowledges the confusion and struggles of an IAS aspirant. The rational and clear-sighted style of storytelling has won the hearts of its viewers. TVF has been a pioneer in terms of launching down-to-earth and realistic stories which sell because of the sheer beauty and strength of the content that the creative makers wish to display.

TVF web series Aspirants is a simple story revolving around the lives of three friends; Abhilash (Naveen Kasturia), SK a.k.a Svetketu (Abhilash Thapliyal), and Guri (Shivankit Parihar) who were together since their college days, what has changed is that now they have ambition which is driving them to achieve something much greater. TVF Aspirants story progresses in two parallels; one with the flashback scenes of the three friends portraying their bond and separation and the other is the present-day scene where they are settled in their lives as responsible adults and are shown bearing the outcome of their decisions.

We see three friends struggling and spending their time together while drafting their future together. While the three of them prepare with utmost sincerity and dedication, only Abhilash manages to succeed, SK becomes a teacher and Guri runs a shoe factory. Guri and Abhilash indulge in a fight which ends their friendship, after all these years of ignorance Abhilash and Guri make good on the latter’s wedding day.

The songs of this pleasing series are simply marvelous and ignite the emotions of the viewer. The last song ‘De mauka Zindagi’ undoubtedly deserves given a special mention.

The web series “TVF Aspirants” acknowledges relationships of a different kind on different levels. The series has been a wholesome meal catering to the audience with a love story as an undercurrent and the mentor’s relationship with his junior. While the central theme surrounds the emotion of ambition and friendship, the space between Dhairya and Abhilash and eventually Dhairya and Guri makes it a gripping story.

The mentorship emotions are a strong point on the plot, as the story comes to an end the relationship between Sandeep and Abhilash also marks its territory in the hearts of the viewers. There are very few people whose advice is considered and in a scenario where Abhilash finds himself completely baffled and confused it is Sandeep who comes to the rescue. Friendship has its own space since it is the central theme and this emotion is very relatable due to its cohesive yet unpredictable nature. Who can forget the lines of Sandeep ?

With our blog, we bring to you some of the heart warming words of Sunny Hinduja aka Sandeep Bhaiyya. The character of Sandeep is so graceful and motivating that as viewers we all wanted him to crack UPSC, But ‘Heaven’s got a plan for you” is truly justified in this case.

There were certain moments were TVF Aspirants brought tears in our eyes. Let us check those moments. We can assure you that this moment where “Abhilash” and “Sandeep Bhaiyya” failed in their respective last attempts has brought tears in your eyes. Failures are miserable and specially in such a competitive world where you do not even have a back up plan it hurts. One can feel both the characters hiding their tears.

Now this, which middle class boy has not felt these lines of SK ? We think, everyone. The reality behind every middle class boy’s dream. Sometimes, our dreams get shattered because of the some responsibilities that we have to fulfill. At the same time as Sandeep Bhaiyya said “Apne dreams ka lia ma, baap ko sacrifice karna it’s not worth it” comes true in these certain cases.

The web series Aspirants is a delightful and captivating series full of life and riddles. The series progresses organically and it satisfies the minds of the viewers on an emotional and pragmatic level. The realistic approach and the genuineness have touched every aspect of the series and story similarly to Midas’s touch.

A post shared by TVF | The Viral Fever (@theviralfever)

The web series “TVF Aspirants” does justice to viewers by providing an insight into the world of the Aspirants and presenting the structure of one of the most difficult exams in the world. TVF have beautifully answered those questions we have as aspirants and one of the most famous dialogue from the web series “Ma,Baap,Pyaar, Dost, inhe apne dreams ka lia sacrifice kar dena, its not worth it. Its not worth it all!”. All the aspirants have felt this line in the end. We hope that we have given you an insight into this web series and we really look forward about informing you about more such web series to come on different platforms. 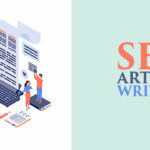 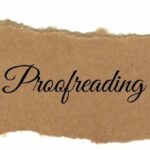 What is proofreading- Focused 15 min read to succeed