The whole television industry is getting fascinated towards Korean drama these days. Korean drama also  known as K – Dramas is very popular worldwide now. It is playing a huge role in changing people’s way of thinking for other people as well as for their culture. The looks and fashion sense of Korean drama has gained international appreciation. The Korean waves have spread very strongly in the minds of people through the television industry. As a consequence, a humongous no. of people are supporting and loving K-dramas.

These are television series in Korean language. They are made in South Korea, written by and performed by South Koreans for South Koreans, generally in Seoul. As per records, various dramas are considered to be  written outside Seoul.

Dramas from North Korea are not included in this limited definition of “Korean” because information regarding North Korean drama is scarce. Also the North Korean theater has been dominated by epic music and dance performances in service of the people’s revolution.

These are usually made by a single director and a single writer. As a result every drama differs from each other in their direction and dialogues. Korean drama is a kind of daily soap that runs on weekdays. But it consists of 100-150 episodes only and reserved for evening slots.

It majorly revolve around romantic and emotional stories but it also contains different genres such as action and horror. Korean dramas not just highlight ongoing social issues of Korean society but also give a message of friendship, love and family values.

K-dramas are escalding globally. This has raised enthusiasm for the Korean Wave.

This particular category for entertainment  has enthralled audiences with their amazing creation. Now they are again set to bring the best Korean drama 2022 in the month of May.

The Sound Of Magic

In May, a fictional drama named The Sound Of Magic will be released. A magician living mysteriously in a theme park makes worries fade and  brings in hope for distorted teens.  The Sound of Magic is ranked as Netflix’s third original and best series of  Korean drama 2022.

Most trending series and movies of Korean drama are streaming on Netflix this year. Out of all, the best Korean drama 2022 is All Of Us Are Dead. The show has an educational setting with viruses spread by zombies. The students are in a quest to find out their way. It was set on the Naver webtoon Now at Our School by Joo Dong-Geun. This drama consists of the star cast : Yoon Chan-young, Park Ji-hoo, Cho Yi-Hyun, Park Solomon, and Yoo In-soo.

Reasons for Popularity of K-Drama

The entertainment industry in South Korea is flourishing currently. Globally the Korean television industry is expanding all over Asia. This indicates how popular k-dramas are. People are getting fascinated towards Korean stars because the stars of dramas are very attractive.

People believe that immersing in foreign dramas is an easier option to know a culture than rigorously studying about it. You get an insight  about various societal laws by seeing routined life of personalities in the drama. It even  enhances  your vocabulary.

Lastly, an integral reason is the story, the various characters and the background of K- dramas. It therefore, creates a hype amongst the audience.

K-pop and K-drama are increasingly achieving fame and lucency in the United States through various channels.

K- pop boy band, BTS, is specifically immersed in the US entertainment industry. This has been boosted through the band’s interaction with international fans on social platforms and filling in the gap of boy band requirements in current American music scenaria.

K-pop and K-drama have their own fallouts in entering American society. The current entrance of the Korean wave in American culture illustrates complexity in terms of globalization. There is a requirement for both the global and local variables to connect. The adaptation, agreement and discrepancies remained between the two cultures.

Koreans represent an even smaller percentage of the American population, with only approximately 1.7 million Koreans living in the United States as of 2010. Many Korean American millennials report growing up watching K-dramas with their family members. 44 Parents encourage their children to watch K-dramas as a way to improve their Korean language skills. K-dramas offer a unique family bonding activity, even for Asian Americans from other countries. Hence there is no doubt that this k-drama is popular in America.

The major K-Dramas are G-rated and comparatively watchable than the American movies and television series. In K-dramas the use of harsh or foul language is very less. It is nearly non violent. The muzzle will be new to some people who don’t watch much of  Asian or American television.

Majority of people from the world watch K-dramas as it provides them something new from what they used to watch.. Korean dramas are more popular than K-Pop right now. It is now very easy to understand the popularity of it. Moreover it has captivating beats and enjoyable lyrics. There is the use of powerful, violent words in K-Pop. A regularity is maintained in showcasing K- Pop music and stars . We believe in the fact that in K-drama vs western shows, K-drama wins.

A very censorious role has been played by globalization in various parts of life and culture. The Korean Wave is a very popular cultural phenomenon worldwide. These are television series in Korean language and they are made in South Korea. These are usually made by a single director and a single writer. As a result every drama differs from each other in their direction and dialogues. They provide a very strong message for integrity, love for each other and for friendships.

The Sound of Magic is ranked as Netflix’s third original and best series of  K-drama 2022. The best Korean drama of 2022 is All Of Us Are Dead. We understand various social related norms or laws by seeing the stars and their characters in K-dramas. K-pop and K-drama are increasingly achieving fame and lucency in the United States through various channels.The major K-Dramas are G-rated and comparatively watchable than the American movies and television series. In Korean dramas the use of harsh or foul language is very less. It might be possible now, due to increasing fame people will choose Korea as a place to visit.

Ans: Korean drama is totally emotion centric. They create an emotional bond with the viewers and as a result of which viewers get addicted to it. People start relating to the characters a lot and hence follow them.

Ans: K-drama has a major effect on the minds of people and has contributed a lot in cultural and traditional shifts. With its increasing popularity, people started finding South Korea as a tourist location.

Ans: The viewership of Korean dramas has been increasing a lot in the US over the past few years. Majorly due to the availability of more original Korean drama on streaming platforms like Netflix.

Ans: Korean dramas are popular worldwide because the audience is liking them a lot. This liking is because of attractive and approachable characters, high quality production and easy access to the drama. 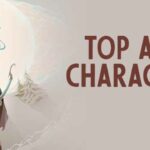