The world isn’t as simple as it seems. Life itself is a mystery that makes us question the things around us. The world has a lot of secrets and mysteries that, to this day, remains unsolved. Be it sightings of unidentified objects or disappearance, we have witnessed a lot. The recent years have seen some strange events that left the people puzzled and somewhat scared. Here is a list of Disappearance N Events In Mysterious Universe.

Apart from the pandemic, even this year has several mysterious incidents under its hood. So, hold on to read some of the mysterious disappearances and mysterious events that happened recently.

Here is the list of Disappearance N Events In Mysterious Universe.

Machine-like Screeching Sound Around the World

A similar incident occurred in the US, Canada and other parts of the world. People reported strange noises like that of a whale, trumpet, and machine. However, this is not a one-time occurrence as it happened back in the years 2013 & 2016 as well. Several theories suggest that it can be a sonic boom, sky quake or a meteor crash. Some even believe that it is a sound of holy trumpets that indicates that the Lord will return and punish humans! (Source: TheGuardian)

Drones are fun and game until you start noticing strange patterns! The US somehow remains a hub of mysterious activities; the drone incident is one of those. Residents of Nebraska and Colorado witnessed a fleet of drones, approximately 19, doing the rounds of the neighborhood between 6-10 pm. (Source: CPR)

The incident was bizarre as the local force, FAA, and FBI investigated the issue but could not find the whereabouts of the operator. The sightings lasted from December 2019 to January 2020. With the person still unknown behind the act, let’s assume a spy can be behind all of it!

Well, this incident is not like any other people’s disappearance case; as this is about the disappearance of people and the transparency of the Coronavirus case.

The family and friends of Mr. Chen accused the government of forcibly detaining him. Later, a friend of Mr. Chen informed the rest of the people via social media post that he is doing fine but is under government supervision. What is more surprising are the theories like the secret disposal of bodies and shutting the doctors off who warned about Corona. We can only speculate. (Source: BBC)

Yes, you heard it right, a star is missing. An LBV (Luminous Blue Variable) star, located in Kinman Dwarf Galaxy, suddenly disappeared. The LBV burns 2.5 million times brighter than the sun. This star was under observational study at Trinity College Dublin, Ireland. They studied the star between 2001-2011 and expected the star to burn out by 2019. (Source: BBC)

But when the Astronomers tried finding the star, they could not locate it. There are several explanations given by scientists that explain the disappearance – a giant outburst turned the LBV into a smaller, less bright star, or the star got swallowed by the black hole.

The Supreme Commander, as the people in North Korea call him, is a well-known name in the world for his authoritarian rule. Kim Jong Un is the ruler/dictator of North Korea and is often known for his strict policies and fearsome punishments. However, things turned out strange when the North Korean dictator just disappeared from the public eye. (Source: NBCNews)

Numerous theories went around the public like heart surgery, coronavirus, untimely death and so on. The rumors about his death gained momentum; people started naming his sister as the successor. Later, when Kim Jong Un returned, some believed that the government kept his body double to fool the public! Who knows what happened?

The mysterious appearance of Monoliths is the latest mysterious event to stir up the internet. A metal monolith appeared out of nowhere in the middle of a desert in Utah. After that, these monoliths started appearing in different parts of the world; one appeared in Romania, one in Pine Mountain in California and another one in Compton Beach, Isle of Wight. (Source: News18)

The case of appearance or the mysterious monolith incident continues as two new ones appeared in the Netherlands, Colombia and Poland. However, most of the monoliths are silver, the one found in Colombia is golden. Some even tried unveiling the mystery behind the monoliths and started investigating the case. While no one knows the origin of these monoliths, people have their theories, which include communication with extra-terrestrial beings, a super-secret experiment and so on.

A mystery disease in Eluru, Andhra Pradesh, left one dead and almost 600 people hospitalized. Moreover, the patients experienced symptoms like that of epilepsy. No one can pinpoint the exact cause of illness. However, out of all the patients, few had high levels of Led found in their blood. Such levels of Led are present in people with lead-related work exposure. However, none of them has this occupation. So, what is causing this illness? (Source: TheHindu)

The health authorities rushed on to investigate the whole issue. A three-member team is already investigating the cause and will submit the report to the center. There are suspicions that this might be the result of a mutation of a new virus, lead poisoning, use of pesticides and water contamination. While the exact cause is not to found yet, we can only hope that this mysterious incident is not the beginning of a new outbreak.

Even though we seek answers or try to find logical reasoning for everything that happens around us, we won’t be able to find answers to most of them. What we can do is, observe how the world changes, see the difference between the truth and hoax. Rationalize our thoughts and then believe in things. There is so much beyond the world that we live in, waiting to be explored but in due time. Let’s leave some mysteries un-turned while we keep on looking for an explanation for the rest. 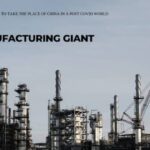 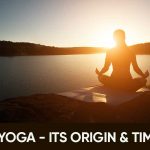 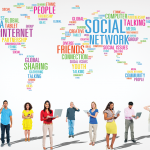 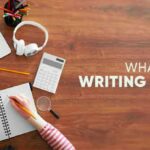 What is Writing Prompt ? 20 easy examples you would love!