Let us look at the definitions of the two key terms. “Technology” and “Dating”.

As per Google, technology is the “application of scientific knowledge for practical purposes, especially inside the industry”.

As per Google, dating refers to “going out with someone in whom a person is romantically interested.”

Human beings are social animals. They have lived in the company of each other for a long period of time. Even the bible mentions how Adam and Eve used to live together and use to support each other.

However, dating as a concept is new in human history.

American psychologist Fred Neuman in one article mentions that “Social rules regarding dating change with time. For instance- Young men and women could not talk to each other openly. However today; this might be a completely redundant thing.”

“In old times, most young men and women studied in separate institutions. They could only meet each other at parties.

In the 1950s and 1960s, co-educational institutions (institutions where males and females studied together) became a common sight all over the world. During the rise of these institutions, it became easier for people of both the sexes to talk and mingle with each other.

During this time, potential suitors could advertise in the daily newspapers and meet up for dates.

It was in the year 1965 that any kind of technology came inside the dating space. People who wished to find a potential date filled in a questionnaire that had 75 questions inside them and further received a list of computer generated matches in return.

In the 1980s and 1990s, the use of computers spiked up in leaps and bounds and more people started meeting their dates online.

In the year 1995, Match.com, world’s first online dating site came up and brought a big technological revolution in the dating space. More people started using technology for finding their potential dates instead of going by the conventional method which was to talk, share letters and finally find out whether that person was “the one” or not.

The year 2012 brought with itself the ultimate technological revolution that we could ever expect. The apps which have changed the dating scene completely. These include Tinder and Grindr.

This was a brief history of dating and how technology started coming in the dating scene.

Someone has rightly mentioned that “Technology is a double-edged sword”. The introduction of technology in dating has changed it both for the good and the bad which we will be seeing in the following sections.

Due to the influence of technology, people now believe in finding multiple dates for themselves rather than finding “the one”. The choices that many people make often lead people to the wrong ones and they tend to ruin the lives of people. Today, finding a date is equivalent to trying on clothes. You can find multiple people and pick and select the one which reduces the excitement that and butterflies that one might face while going for the first date.

“The fun and excitement which was there earlier to find the ultimate soulmate has gone completely south. Today, love is all about finding the person with the best looks” says Satyam Chhetri, fitness influencer and personal trainer based in Bengaluru.

“Technology has made it clear that nothing big and long term can be planned with the person who is the ultimate one. People have stopped thinking. The mere absence of phone calls can often result in frustration and even breakups” says Aishwarya Singh, SEO and content writer based in Jaipur.

“My date now spends less time talking to me and more time playing mobile games. This has now created a major rift between both of us and we had to part ways due to the same” says Ankita Saraogi, management student based in Kolkata.

Looking at the other side of the topic, technology is not the only thing that can be blamed. Technology is nothing but a manifestation of what a human being needs and desires. We as humans have always wanted more options to choose from in each and every field.  Today, people are no more in the fear that what would happen to them if their relationship with a particular person does not work in the manner as they might wish to. People can try out various options and finally decide the right one.

“Until and unless you’re in the same college/city, dating is long distance. Sometimes staying in the same city also happens to be long distance. Technology is a savior; it has in no way ruined it.” says Mugddha Dawar, poet and blogger based in Haridwar.

Technology has got profound effects on dating. While some might say that it has affected for the good, others might argue that dating has now just become a game of numbers. The statement that “technology has ruined dating may not be completely true”.

WHAT IS MARKETING IN DIGITAL WORLD ? 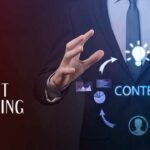