One of the things that human history started with and is now stronger than ever is Storytelling.  It plays a crucial role in unfolding the world in front of us. The art of storytelling is a trait that is unique to us humans.

It is an innate trait that perpetuates inside all of us. The meaning of storytelling has remained the same but the means have changed drastically. The art of storytelling has evolved over the years in a way that seems to have no near end. There is only moving forward in this direction now.

Storytelling dates back to the Middle Paleolithic time period, which dates about 40 thousand years ago. According to Nature Index, it is estimated that the Lascaux and Chauvet caves in France have drawings that date back to that time. These drawings detail animals, such as deer and bison as well as themes of survival.

Storytelling wasn’t just entertainment, but a way of sharing history and spiritual knowledge. Before writing was developed, we were already using illustration as a memory aid for oral historians to bring stories to life

The story that was being communicated was not only visual but catered to oral storytelling as well. Visual storytelling showed drawings and pictures whereas oral storytelling consisted of epic poems, chants, rhymes, songs, and more. It also encompassed myths, legends, fables, religion, prayers, proverbs, and instructions.

What exactly evolved in the art of storytelling ?

The evolution basically lies in the changes in the art of storytelling. Changes like the way storytelling started propagating in the public sphere, the range of subjects that made buzz which people wanted to hear stories about, the use of elements like media (pictures and text) to enhance the overall experience, the way people started connecting to the stories. Some changes to be specifically mentioned are:

The internet has taken over every medium of communication now and has become the largest of all. All and any type of storytelling could be circulated on the internet and will be accessible to almost everybody.

Starting from storytelling for kids to spanning till digital storytelling you must’ve seen what the field is capable of. The evolution of storytelling reflects in the manner people grasp, learn and communicate the content now. Although the mediums have changed, the core concept of using a sequence of events in an appealing narrative has remained the same.

Oral storytelling tradition has prevailed for a very long time and it was a primary way stories were passed on; works like the Iliad existed as oral poems long before they were ever written down.

In ancient Greece, crowds would gather around poets like Homer to hear their epic tales, a classic way of storytelling. The most cherished part of the process was that it  created a powerful sense of connection between the storyteller and the audience.

This is one of the traits that oral tradition has managed to keep intact. It still provides a connection whenever you listen to a story. The most popular and basic examples of oral tradition is Radio, commentary and of course on a personal level, storytelling for kids.Earlier the tales were mostly written with children in mind. They were created to teach children basic life lessons in storytelling form.

Telling a story is a tangible manner of presenting how legends and myths make storytelling  much more valuable to an audience.

With the advent of the radio in the early 19th century, spoken-word narratives made their way into people’s homes and eventually, hearts. Being able to get that content (story) right into the house was a big deal back then. It made people feel that the storyteller was speaking directly to the audience which made the stories more engaging and believable.

With the world befriending modern technology in the 21st century, there have originated several mediums to propagate oral or audio storytelling. Digital audio technologies like podcasting, audiobooks and voice-overs have become globally consumed content and yet offer a very personalised feeling, thus the intimacy has heightened even more. Although the delivery method may have changed, the appeal of oral storytelling is still the same as it was thousands of years ago.

Traditional storytelling by word of mouth still takes place whenever a group of people get together to socialize, and it has also helped to shape current studies in the field of communications.

The written form has been the most widely consumed form of storytelling. There have been legends, fables, parables and epics that date back to the archaic times and descended from those stories, essays and novels. Today, there are numerous written materials available like books, newspapers, periodicals, blogs and articles. Although the exact date of the earliest written literature is unknown, one of the first examples of writing was Sumerian cuneiform script, a series of wedge-like marks that were engraved on rock or wooden tablets.

As the written word gradually became more prevalent, classic stories from the oral tradition like the Epic of Gilgamesh were transcribed to help preserve them for the ages.

Eventually the tablets were replaced by lighter materials such as papyrus, leather, and paper. These materials apparently made it easier on the writers’ wrists, but the process of producing further copies was still labor-intensive.

In 1439, a much technological advancement happened that changed the art of storytelling forever. A German goldsmith named Johannes Gutenberg invented the movable printing press. The printing press allowed written materials to be produced quickly, cheaply, and in massive quantities.

The invention proved great in more than one way. Not only did this increase literacy on a global scale, it also allowed storytellers to distribute their work to a much wider audience. The printing press made it possible for the stories to have a much bigger launch where more and more people could physically acquire the stories and use them whenever they felt like.

Later in the mid 20th century with the introduction of computers, digital publishing became a global phenomenon, making written stories even more accessible because of virtual reality. By the late 90s, websites like Blogger and LiveJournal came up with the most masterful idea of creating and sharing stories. They began giving people with an internet connection the opportunity to publish their own content.

Smartphones and digital tablets then made it easier than ever to produce and consume written stories and provide access to entire libraries worth of material with the touch of an icon. You can find any written content in the world right in your smartphone. If not original, there are high chances that a backstory or a research paper will definitely be available for your perusal.

In the new generation of virtual reality, bigger steps were taken towards a modern world to create a social aspect of storytelling. With the help of these technological advances, stories have become a social property and art of storytelling has made its way through the public domain.

A picture can communicate a lot better than words. The vested power to evoke the full spectrum of human emotion in a picture makes it possible. The original incarnations of visual storytelling were cave drawings, the earliest of which date back more than 40,000 years. Though not quite comprehensible, the display of intricate details, designs, movements and symbols were immaculate. Cave walls displayed the world’s biggest stories that ranged between eons

The essence was such that in the modern world of today, you also must be fascinated by them whenever seen in a movie or book.

Later, art by famous artists such as Mona Lisa by Leonardo da Vinci, Starry Night by Vincent Van Gogh, The Scream by  Edvard Munch and Guernica by Pablo Picasso, etc made paintings that became the best storytellers of all time.

Fast-forward a bit and witness that technology has been a key factor in the evolution of visual storytelling. During the 1800s, new technologies like the camera and the film projector surfaced and allowed audiences to experience visual storytelling, in the form of moving pictures, for the first time. This marked a whole new, never-seen -before era of storytelling.

Throughout the 20th century, visual storytelling flourished through mediums like film, television, and animation. They granted storytellers the ability to greatly expand the scope and scale of their narratives, helping to create characters and scenarios that would be otherwise impossible to produce in a live setting.

With the rise of smartphones and streaming services, technology has made visual storytelling more accessible than ever. Many of us are literally walking around with the means to make and distribute a visual story in our pockets.

The same ethos that was behind those original cave drawings, the urge to create a world for others to react and respond to, still remains. The only difference is instead of a stone wall, we use a Facebook wall to tell our stories or a YouTube channel or an Instagram feed (you get the idea).

The world is now connected through digital storytelling that encompasses all of its oral, written and visual traditions. Infact what you see now is an amalgamation of all these 3 forms.

Digital storytelling refers to the process where people create and share their stories via digital media production technology like smartphones. It uses multimedia tools in order to bring perspective and narratives to life. In simpler words, it uses media or content creation tools to describe a concept or an experience.

The art of storytelling is present in all of us and has become extremely accommodating and open to different perspectives. With correct applications and a passion to tell stories, you can be a digital storyteller too. Although there is no written rule for it but you can follow these to hone your skills to become a great storyteller:

The art of storytelling has witnessed a number of changes over the span of time. It has now reached a place where stories belong to everyone. We all have started living in stories most of which have, per se and otherwise, risen from storytelling. Be it the wide range of the means of storytelling or the technological advancements that have happened, we all are related to it. 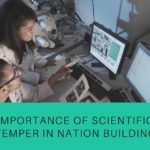 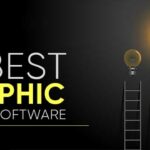 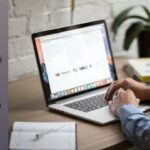