THE FAMILY MAN: LOVE FOR THE MOTHERLAND – We Are The Writers
Skip to content

The Family Man Season 2 amps up the heat this summer as the socio-political thriller gears up for the second season. Packing a whole lot of thrill, mystery, angst and some generous sprinkling of dry humor, the new June release for Amazon Prime OTT is guaranteed to keep you glued to your screens!

The boom of the OTT platforms such as Netflix and Amazon Prime has brought out some of the most extraordinary gems of the Indian entertainment space into attention and we couldn’t be thankful enough. The Family Man is one such content that managed to deliver on every possible front. From the plot to the acting, from the editing to the directing, it is almost a flawless blend of gripping storytelling along with that particular flavor of gritty that is only native to desi entertainment. Netflix may lead in terms of offering nail-biting thrillers, but seems like Amazon Prime is not far behind either.

WHAT IS IT ABOUT ?

The Family Man is an espionage action thriller web series, whose first season is currently streaming on Amazon Prime Video. The plot basically follows the life of Srikant Tiwari, who acts as a senior analyst in the fictional special department called Threat Analysis and Surveillance Cell (TASC). It is a part of the National Investigation Agency (NIA) of India that deals with surveillance of potential terrorist attacks. While at home, he has a family that comprises his wife and two kids.

The first season follows Srikant and his special team as they lead an investigation of a potential terrorist attack, as we are simultaneously also taken on a tension-filled journey of his slightly unsettled family life. We tag along the protagonist as he tries to protect the nation from terrorists while also protecting his family from the consequences of his high-pressure,  secretive and low paying job. The show draws inspiration from contemporary geopolitical issues and most plot threads are based on real incidents documented in real life newspaper articles.

The creators have stated that the series is closely based on the 2011 movie, Shor in the City, in terms of its dramatic and edgy tone that also involves sufficient action. There is also a good deal of wry humor that comes attached with dealing with the system or bureaucracy in our country.

After a long wait of almost two years, the second season is all set to drop among the June releases, with The Family Man Season 2 release date on June 4.

The thriller was an instant hit among the audience as soon as it was released back in 2019 and it still continues to be one of the most popular shows in India’s OTT space. The first season saw Srikant Tiwari trying to strike the perfect work-life balance but it unexpectedly escalated into a high-stakes plot that left us on a huge cliffhanger by the end.

The Family Man Season 2 will continue where it previously left off and we will finally know if that fatal gas leak caused by the terrorists actually wreaked havoc in the city or if the day was saved at the last second by the team at TASC.

WHO IS ON THE SCREEN ?

As the storyline takes place around various locations in India, the show creators chose actors from various states to represent the diversity such as Karnataka, Kashmir, Andhra Pradesh, Uttar Pradesh, Kerala, Tamil Nadu and Maharashtra.

The series features Manoj Bajpayee as the titular character, Srikant Tiwari. Kishor Kumar plays the role of commando leader, Imran Pasha while Priyamani plays the role of Suchitra, Srikanth’s wife. She is an associate professor in the psychology department who juggles between her work and being a mother to her kids. Suchitra is a typical working wife and is not afraid of expressing herself.

The role of Arvind is played by Sharad Kelka, whose character is an associate professor but is trying to become an entrepreneur. Neeraj Madhav in his digital debut, plays the character of a 24-year old IT engineer named Moosa, who gets involved with ISIS. We also have Sundeep Kishan playing the role of Major Vikram. Other pivotal roles in the series are played by Sharib Hashmi, Sunny Hinduja and Shreya Dhanwanthary.

For The Family Man season 2, Samantha Akkineni makes her first foray in the OTT digital space. She plays the role of the main antagonist Raji, a terrorist leader. Moosa, the character played by Neeraj Madhav, is also expected to come back in the second season. Apart from the cast members reprising their roles from the first season, the second season additionally features Shahab Ali, Mime Gopi, Vedant Sinha,  Devadarshini Chetan, Ravindra Vijay, Anandsami and N. Alagam Perumal.

The masterminds behind the show, Raj Nidimoru and Krishna D.K not only created, produced AND directed the series but also co-wrote the story and screenplay. Talk about being busy! The screenplay was also additionally written by Suman Kumar, with dialogues penned by Sumit Arora and Suman Kumar. Azim Moolan and Nigam Bomzan handled the cinematography for the first season, while Cameron Eric Bryson was hired for the second season. Editing was done by Sumeet Kotla and Ketan Sodha composed the background score.

WHY SHOULD YOU WATCH IT?

Do you all want to know the reasons ? Well! there are many

WHY, MANOJ BAJPAYEE, OF COURSE!

The actor’s ubiquitous presence in The Family Man made the show all the more delightful. Bajpayee is undoubtedly one of the most phenomenal actors of this generation but thanks to the skyrocketing prevalence of the OTT platforms, the actor hit the mainstream spotlight with The Family Man.

BUT ALSO, THE PLOT…

A high-stakes crime drama can be a hit and miss with their subplots and The Family Man passed with flying colours in that department. The subplots were quite engaging and effectively balanced out the main plot. The show is also a reservoir of plot twists and the show manages to pull the rug from under even the most seasoned crime-thriller fan’s feet every few episodes. If you are a fan of Netflix thriller shows, then you will absolutely love this. There were a lot of moments in the first season that gave us just the right amount of twists and also managed to contribute significantly to the story. Kudos to the writers for that one!

Moreover, The Family Man is inspired from many news stories that happen around us and you are very likely to recognize some of the popular references. Some examples include the Bhopal Gas Tragedy, or the usage of social media to spy on citizens. If you are adept in current events and news, then the guessing game for each episode will make The Family Man quite an interesting watch for you.

The pan-Indian representation is also legit in this show. We don’t generally see many shows with casts composed of on-screen talents from different parts of the country, especially those that represent their language and culture. Therefore it was a pleasant surprise to learn that The Family Man cast Priyamani, Neeraj Madhav, Sundeep Kishan and Kishore from various regional industries. It was ahead of the curve and proved that inclusivity doesn’t come in the way of a good portrayal. The show also extended the same courtesy in the upcoming season as they have cast Samantha Akkineni in a pivotal role.

The Family Man Season 1 initially debuted at the Television Critics Association’s summer press tour held in Los Angeles in July 2019, before eventually being premiered on Amazon Prime Video OTT on 20 September 2019. Responses from critics and audiences were equally and overwhelmingly positive, with the performance of the cast members, and writing and execution getting the most praises. It eventually became the most viewed Indian web series on Amazon Prime Video OTT, even surpassing some of those at Netflix.

The enthusiastic response led to the renewal of the series, which will now be available among the June releases on Amazon Prime OTT. The Family Man Season 2 release date was originally for February but was pushed back for various reasons. The Family Man Season 2 release date is now included in Amazon Prime’s June releases and is scheduled to be aired on 4 June 2021.

So don’t forget to mark the date! Meanwhile, you can also prepare yourself for further excitement as the creators announced that the third season of The Family Man is going to be conceptualized as well.

The first season of the series is available in English, Hindi, Tamil and Telugu languages on Amazon Prime Video in more than 200 countries. If you haven’t watched the show already, let this article remind you to go watch it immediately. The Family Man Season 2 release date is still a couple of days away, so you need not even worry about potential spoilers. And if you are already done with the show, you can go through our blogs about Netflix releases to fill your time as you wait for The Family Man Season 2 release date! Enjoy!! 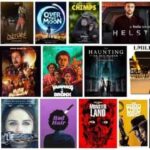 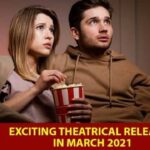 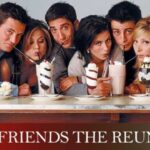 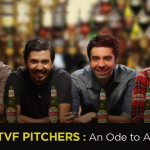