Kindle is an e-reader. It enables the users to download and read e-books, e-magazine and e-newspapers. Kindle is by Amazon. Kindle is available as an app for Android and IOS users. It is also available as a Kindle whitepaper, which is a tablet. It has an E-Ink screen. It is a technology which will mimic the book as it will look as hardcopy.

Read blog about 12 Free Tools and Software to design a Business Logo: 12 FREE TOOLS AND SOFTWARES TO DESIGN BUSINESS LOGO

It is one of the free Kindle books that is written by A.A. Milne. He is the author who wrote Winnie the Pooh. Unlike Winnie the Pooh, The Red House Mystery is a Crime story. It is a very light hearted crime story. It is portrayed with a little bit of humour here and there. There are brothers in this story Robert Abblet and Mark Abblet. Mark Abblet hosted a party in his house, where he invited several guests.

He lost his brother Robert Abblet in the party. Later Robert Albert was found shot dead. This story is about finding the person who is the reason for the death of Robert Abblet. But the turning point is that Mark Abblet disappears after the death of his own brother. There will be two detectives who will investigate this death to find the truth. It is a very interesting free Kindle books that people will enjoy reading.

It is one of the free Kindle books that is not meant for everyone. If you like slow reading then this is your cup of tea.  It was written by Jean Rudolph Wyss in 1960. It is the story of a Swiss family. The family has 6 members who are a husband and wife and four sons. This Swiss family is travelling to New Guinea in Australia via ship. During their travel their ship is damaged by a storm and Pirates were also targeting them.

So they end up staying on an Island. The story portrays how they survive on that Island against pirates and resource crisis. The author did a great job of portraying the story in an interesting way. It is one of the best books to read on Kindle for free.

The Mystery of Smugglers Love

It is the best free Kindle books for kids. It is a small book which is a fast read. With simple English, kids can easily understand this story. It was written by Paul Moxham. He is well known for writing mysteries for kids. The story revolves around a 12 year old kid and his two young sisters,  who got stuck at the smugglers cove.

They end up doing adventurous things there. They are chased by dogs, get lost in the middle of the sea and so on. For every kid this story will be interesting and they will enjoy it a lot. It is also loved by some adults who love light stories. Overall it is one of the best free Kindle books 2022.

It is one of the best free Kindle books for kids. It is written by Frances Hodgson Brunette. If you are a parent who wants to teach your kids about the healing power of friendship and nature, present this book to your child. This is a novel that revolves around a girl, Mary Lenno, who is the heroine. She is the spoilt arrogant daughter of a wealthy British family living in India. Her father and mother passed away due to cholera.

She then settled with her uncle in Yorkshire. When she explored her uncle’s estate she found a secret garden. It is a garden full of rose bushes. She started exploring it with her friend and cousin. It is where she started becoming a humble, kind, lovable girl. She also learnt the healing power of nature and friendship there. It is a great novel that majorly focusses on healing, which is a must know for every child. It is one of the best Kindle Unlimited free books.

It is yet another great free Kindle books that is best for children. It is written by Solape Adebajo and Wuraola Fagbamiye. It is a colourful book that is written in a rhythmic way. This book will teach the kids about being grateful. Being grateful is the best way to be happy and at peace.

All the kids should learn how to be grateful and not to whine or complain all the time. This book will help a lot if you are trying to teach your kids about being grateful. The list of things are listed in this book for which the kids need to be grateful. Hence it is one of the best free Kindle books for the kids.

It is one of the best free Kindle books. This book is written by Benjamin Franklin himself about his life journey. It was written between 1771 and 1790. It was published in 1791. He is called the founding father of the US and also the first American. He is the main person who made efforts to make America an Independent continent. He also invented numerous things. In this book he has portrayed his life events and his point of view on everything in life. People who have him as a role model should read this book.

It marks itself in the list of the best free Kindle books. It is a mystery novel. It was written by Agatha Christie who is well known for her crime mystery novels. She has presented 80 crime fiction stories. This story revolves around two friends called Tommy and Tuppence. They served World War 1. After that they are unemployed.

After some days they are recruited in British Intelligence. Their first assignment is to find a missing lady. The journey of this case turned out more adventurous than they expected. Like other Agatha’s stories the culprit in this story also kept a secret till the end. It is an interesting novel that is a must read for crime fiction lovers.

It is always in the list of best free Kindle books. It was written by Hermann Hesse. He is a well known German-Swiss writer who won a nobel prize in 1942. He wrote this novel after visiting India. It is about a Brahman son, who left his well privileged house to attain enlightenment. The moral of the story is that he believes that enlightenment should come from within. The author beautifully portrays each and every event that Siddhartha went through to achieve the state of enlightenment. If you love a feel-good spiritual read. This is the Kindle book to go for.

It is yet another best free Kindle books. It was written by Nova Lee Maier. She is a dutch author who is famous for psychological thrillers. The story revolves around a woman called Helen who is married to a workaholic man Werner. The couple lives a pretty decent life. Two young criminals called Ralf and Brian have planned to rob Helen’s house. And the story starts here. The entire book has an edge of the seat kinda story line. It is a great read for thriller lovers. It is one of the best free Kindle books Amazon Prime.

It is in the list of the best free Kindle books because of the story depth. It was written by F. Scott Fitzgerald, who is an American writer. This book revolves around the main character called Jay Gatsby who is a millionaire. He loved a wealthy young woman called Daisy in his youth. Somehow they got separated.

After a few years Gatsby invites Daisy to a party that he hosts. He plans to renew the relationship there. But his efforts get tragic at this point. And he ends up losing his life for saving Daisy. The book tells the story of how Gatsby lost his life. It is a great story to read during free time.

Kindle is an e-reader. It enables the users to download and read e-books, e-magazine and e-newspapers. Kindle is by Amazon. Kindle is available as an app for Android and IOS users. It is also available as a Kindle whitepaper, which is a tablet. It has an E-Ink screen. It is a technology which will mimic the book as it will look as hardcopy.

Kindle is an e-reader by Amazon. It enables the users to download and read e-books,  e-magazine and e-newspapers.

Yes there are a lot of free books available on Kindle. Some of the best kindle books are listed in this article.

No, Kindle is not free for Amazon Prime members.

You can access 20 free Kindle books. If you need one more you have to return one and get another.

Yes, they do expire most probably after 2 to 3 weeks. 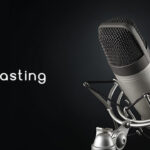 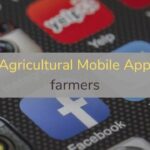 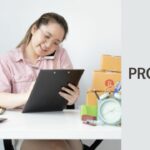 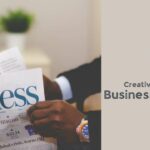 10 Creative ways to do Business Marketing